8 Cities Where Rent Is Increasing The Fastest

The real estate industry has seen its fair share of ups and downs over the last 10 years. However, as the economy has expanded, so too has the housing market. In fact, homeowners are now privy to equity that they never thought they would see again. Appreciation has nearly returned home values to pre-recession levels. Subsequently, rent has seen changes of its own. It is common knowledge that rent in big cities like Chicago and San Diego is increasing at a historical rate, but the same can be said about smaller metros. Nearly every city across the country has seen a spike in rental rates – even cities that have struggled to recover. The following graphic represents the cities in which rents are rising faster than the national average: 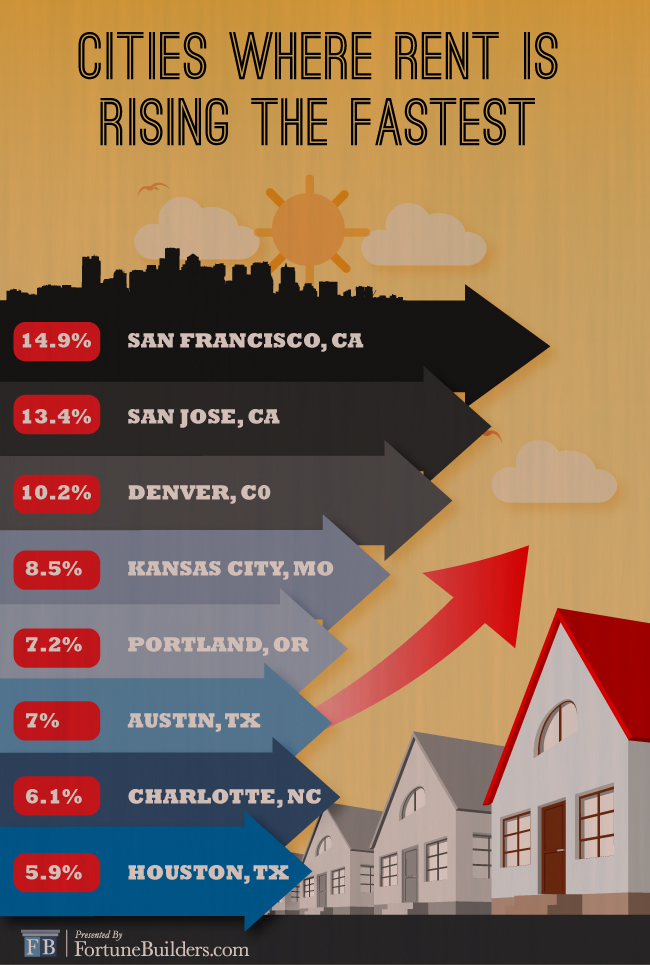