Affordability Isn’t An Issue In These Cities

The American housing market has proven just how resilient it can be, as the wake of the recession still resonates on a national level. Nonetheless – in the face of several obstacles – housing has made up significant ground. In fact, the recovery is finally starting to gain the traction it so desperately needs. Evidence of the turnaround is visible in the historically high appreciation rates witnessed in the last three years. However, while homeowners appreciate the return of equity, the prospect of purchasing a home is nothing more than a nostalgic dream for many. Those looking to buy a home in today’s economy have encountered a significant issue: affordability. Buying a home is simply too expensive in a lot of major cities.

Owning a home isn’t the only thing that has become too expensive. Even those professionals in lucrative careers are finding it difficult to pay rents in cities like San Jose or San Diego. Affordability is really becoming an issue.

Fortunately, for the sake of the entire housing industry, there is a host of affordable Midwestern and Southern cities. Not only are these cities more affordable than most of others across the country, but they will remain the focal point of younger Americans and first-time buyers. The following list represents America’s most affordable cities: 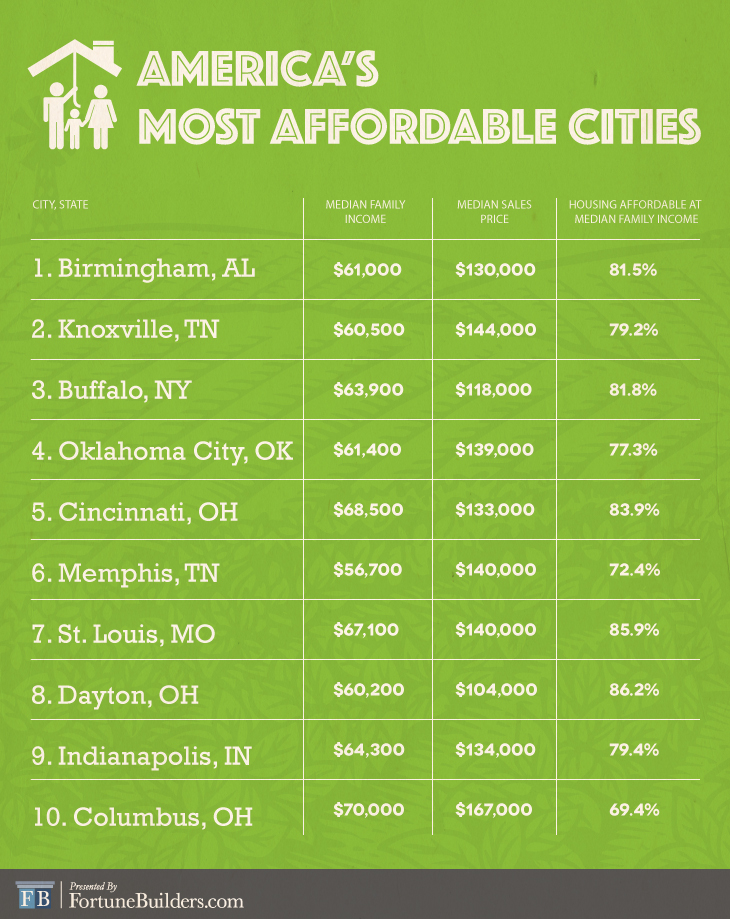