Following a tumultuous year in 2014, the Albany real estate market is making a comeback. The housing market took a step in the right direction last year as Albany accomplished its best year for home sales since the recession hit. A blend of low inventory, a decline in unemployment and an expanding economy is expected to further enhance the Albany, NY real estate market in 2016. 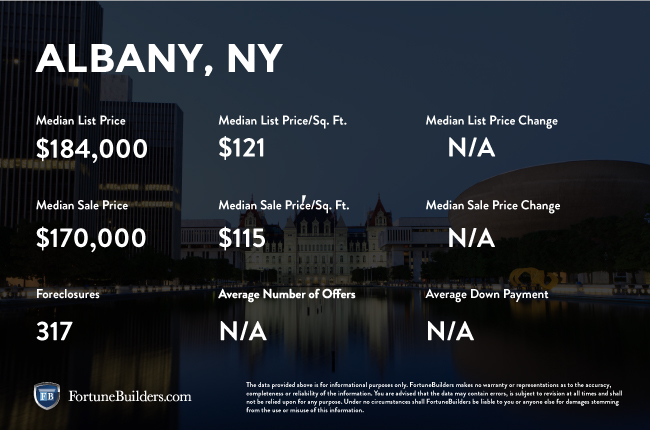 Homes in the Albany housing market have been able to appreciate somewhat in times of recovery, despite considerable headwinds. As a result, homeowners in the area have seen equity return to their properties. The following highlights how much equity has been gained relative to the year of the home’s purchase:

The first quarter of 2016 has been solid for the Albany, NY real estate market. Along with slight increases in home appreciation, record-low mortgage rates continue to make the housing market appetizing. Mortgage rates for a 30-year fixed-rate loan fell from 3.9 percent in the fourth quarter of 2015 to 3.7 percent in Q1 2016, with rates expected to remain low for the duration of the year.

In terms of economy, Albany is continuing to improve like other cities around the country with employment rates remaining unchanged from a year ago. On the flip side, unemployment rates are beginning to fall. As current rates hover around 4.3 percent, a 0.5 percent decrease from the same time a year ago.

Along with the encouraging job market, another factor benefiting the real estate market is affordability. Albany, NY has historically been one of the more affordable markets in the United States, and the first quarter of 2016 continues that path. The monthly mortgage payment to income ration in 2016 Q1 was 8.0 percent, 0.7 percent lower than 2015. compared to the national average of 15.6 percent. In addition, the price-to-income ratio in Albany, NY–which has historically been low compared to most markets–is now at 1.3, compared to the national average of 2.6.

Albany, NY also remains a hotbed for new construction as the current construction level is 57.5 percent above the long-term average. New construction for single-family housing permits was 35.7 percent, compared to the national average of 11.3 percent.

2015 was a terrific year for home prices in the Albany housing market. The median sale price increased one percent to $195,000, last year while the average price for a home remained the same. Overall, there were 10,239 closed sales on single-family homes in 2015, a 10 percent increase from 2014, and the highest total since 2006.

There were two major contributors to the success of Albany’s housing market: lower unemployment rates and affordability. Unemployment in Albany was better than the national average with a rate of 4.0 percent during 2015, compared to the national average of 5.0. Not only that, but unemployment rates improved 0.4 percent from the previous year. While job growth was slow to catch up, it still managed to increase 0.7 percent during 2015. In fact, Albany added 3,400 private sector jobs during the year.

Affordability was another element to Albany’s growth in 2015, which has historically been one of the more affordable markets in the country. On average, homeowners use 8.9 percent of their income for their monthly mortgage payment, while the national average use 15.6 percent.

The Albany housing market saw an improvement in 2015 thanks in part to surrounding municipalities, which saw better gains than others. Some neighborhoods, as a result, are more popular than others. According to Trulia, the most popular neighborhoods in Albany during 2015 are as followed:

The demographics in these areas were comprised of: 48 percent single residents; 49 percent homeowners, the median age was 37 years old; the median household income was $51,741; and approximately 43 percent are college educated.

The Albany housing market was supported by a strong economy in 2014, combined with a flourishing job sector and an unemployment rate under 5 percent — better than the national average. Not only that, but unemployment improved in 2015 and beyond. No more than a year ago, Albany’s unemployment rate exceeded 6 percent. In fact, Albany demonstrated an increased propensity for job growth, as it once again lead the entire upstate region by adding 7,400 private sector jobs in 2014. Experts expect the job growth rate to settle at 0.7 percent over the course of 2015. For all intents and purposes, the job sector will provide enough supply and demand for the housing sector to thrive.

In addition to the encouraging job market, Albany real estate has one more benefit working in its favor: affordability. Despite three years of appreciation, the Albany housing market is more affordable than it has been in the past. On average, homeowners use just 9.5 percent of their income to pay down the mortgage. At that rate, Albany homes are considerably more affordable than the national average. On a national level, homeowners typically allocate more than 16 percent of their income to paying the mortgage.

Millennials, in particular, have seen Albany become increasingly attractive. Contrary to cities like Seattle or San Diego, Albany is still an affordable option within the realm of possibility. With home prices expected to rise even more, Albany is one of the cities that should benefit from Millennial participation.

Trulia acknowledges approximately 585 homes that are for sale in the Albany housing market. The real estate valuation site also shows 485 homes that recently sold and 565 foreclosures that are on the books. The percent of homeowners that are behind on their mortgage payment has reached 6.4 percent, similar to that of the national average. However, those that actually owe more than their home is worth has exceeded the national average. Seventeen percent of all homeowners in the Albany real estate market are underwater.

The Albany housing market is recovering at its own pace. Having said that, even the local municipalities within the city are experiencing the recovery differently. Some neighborhoods, as a result, are more popular than others. According to Trulia, the most popular neighborhoods in Albany are as follows:

Outside of the top five neighborhoods in the Albany housing market, the Dunes neighborhood has garnered a lot of attention recently. With an average listing price of $225,600, this area has seen its asking price increased nearly 46 percent in a matter of one week.

The Albany real estate market, like much of New York, had a rough early start to the winter. Exceptionally cold weather essentially stalled anything resembling a recovery. However, with the weather heating up, so are the prospects of a prosperous 2015. Headed by a strong job market and affordable housing, the Albany real estate market is ready to take the recovery and run with it. While the forecast only calls for a 0.5% increase in home values, Albany should continue to draw the attention of younger buyers. Activity will be driven by Millennials looking to get into affordable housing. Their presence should permit other buyers to sell and move up to a larger home.

In the face of several headwinds, the Albany housing market continues to improve. While it may not be on pace with the national average, investors and owners in this area can be confident in their assets. 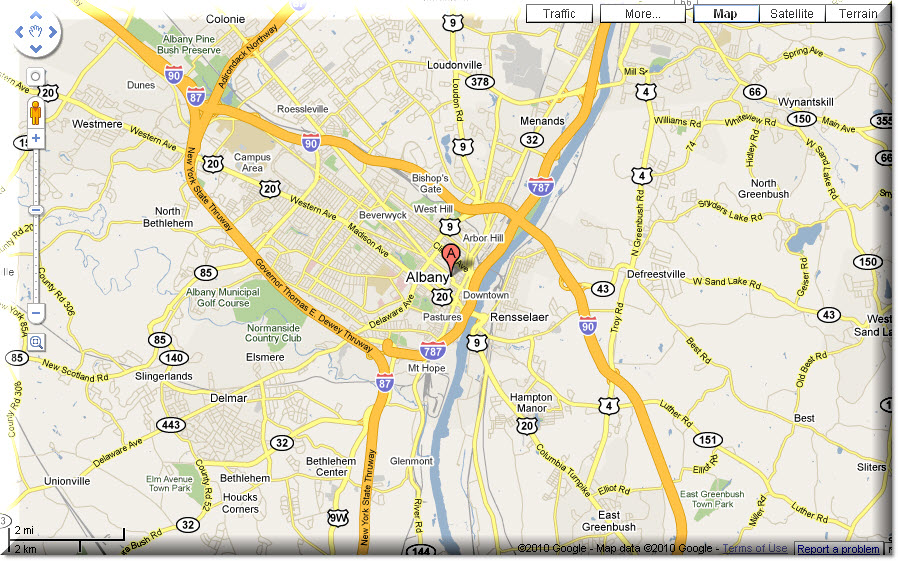