What is a debenture? |Debenture pros and cons |What is a bond? | Debentures vs. bonds | How to invest in debentures |

Let’s compare the differences between debentures and bonds and find out which is a better investment option for you.

What is a Debenture?

A debenture is a type of bond that’s not secured by collateral.

Most bonds are backed by some type of collateral. If the borrower can’t pay back the loan, then the borrower’s assets may be sold to pay back the lenders. Collateral is a good form of protection for investors.

For example, a corporation may issue a bond to raise revenue for a new product line. Company real estate is used as collateral—perhaps two or three valuable properties that the company owns. If the corporation cannot pay back the bond to investors, it would sell the properties and use the proceeds to pay investors.

But debentures are not backed by any form of collateral. If the borrower can’t pay back a loan, investors may not get the rest of their money back. That makes them riskier than traditional bonds. but they also have their advantages.

[ Do you control your finances or are your finances controlling you? Register to attend our FREE online real estate class and find out how real estate investing can put you on the path toward financial independence. ]

To understand how they work, you need to know about four core components:

Since debentures are riskier than other types of bonds, they’re issued mainly by corporations with strong creditworthiness or a good financial reputation. You wouldn’t want to invest in a company that’s failing, would you? Especially if your investment isn’t secured.

Credit-rating agencies will assign letter grades to a corporation. A “AAA” rating is the highest rating, while C and D are the lowest. You should only invest in debentures from companies that receive a BB rating or higher. Anything below BB is considered a “junk bond.”

You’ll get paid interest when you invest, just like with other bonds. The interest rate for a debenture is called a “coupon rate.”

There are two types of interest rates: a fixed rate and a floating rate. A fixed interest rate never changes and remains the same throughout the length of the loan term.

Debentures have a predetermined maturity date, just like regular bonds. The maturity date is when a company/government must pay back the debenture in full.

Sometimes, the company may choose to pay an annual repayment to the investor, with the final payment due on the maturity date. For example, if an investor paid $5,000 on a 10-year loan, the company would pay the investor $500 per year, with the final $500 due to be paid on the maturity date. This type of repayment is called a “debenture redemption service.”

A company may allow an investor to convert their debenture into company shares. This is called a “convertible debenture.”

There are different types of convertible debentures:

For investors, there’s risk that comes with acquiring stock. Generally, stock investing is riskier than bond investing. Suppose the company is doing well financially and is capable of paying back the debenture. In that case, it might be safer and more profitable for the investor to opt for the bond repayment and bond interest. There’s always a chance that the company could encounter financial trouble in the future, and the value of the company shares could fall. [Stock research is important for anyone thinking about investing in debentures.]

Any debenture that doesn’t allow you to convert your debt into shares is called a “nonconvertible debenture.” Nearly all government-issued debentures are nonconvertible. After all, you can’t simply buy shares in a government. 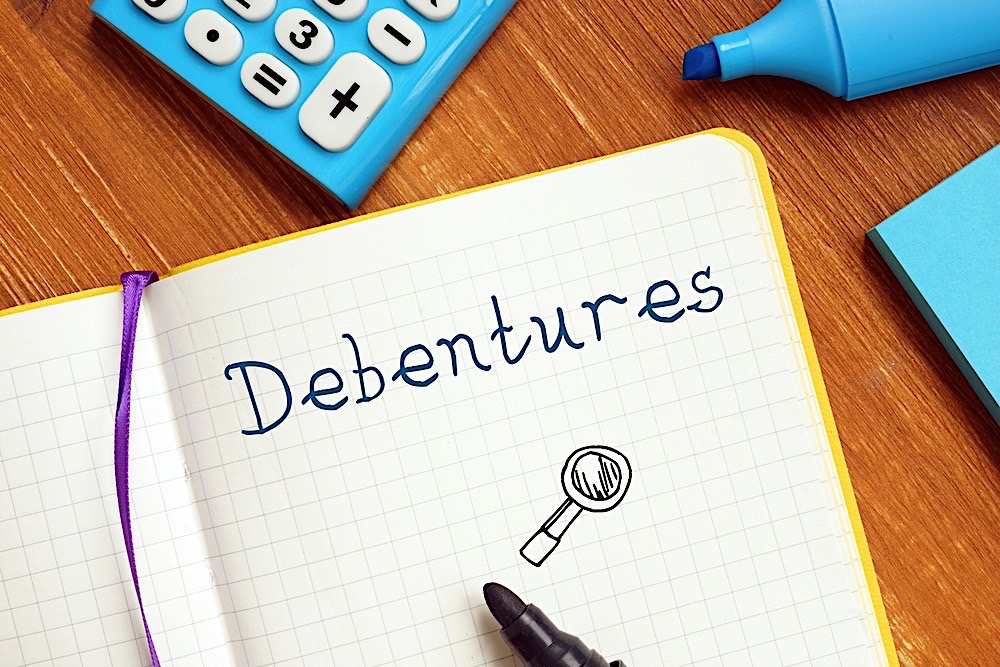 Debentures have several benefits for both investors and companies/governments.

Benefits for investors include:

Debentures also have benefits for corporations:

Like any kind of investment, debentures come with risk.

The risks for investors include:

The risks for companies/governments include:

What is a Bond?

A debenture is a type of bond. But what is a bond, exactly?

Bonds are a type of loan that’s issued to raise capital. Most often, they’re issued by corporations or governments.

The investor loans the corporation/government a predetermined amount of money, which the issuer pays back over time, with interest.

Every bond carries a credit rating that tells the investor how likely it is the bond will be repaid in full. If a bond has a poor credit rating, it usually means the issuer is in a poor financial situation and may not be able to generate enough revenue to pay back the investor.

But bonds are considered a relatively safe investment—many of them are issued by companies/governments with outstanding credit profiles. You can add bonds to your investment portfolio so you can balance your high-risk investments with income that’s slow and steady. 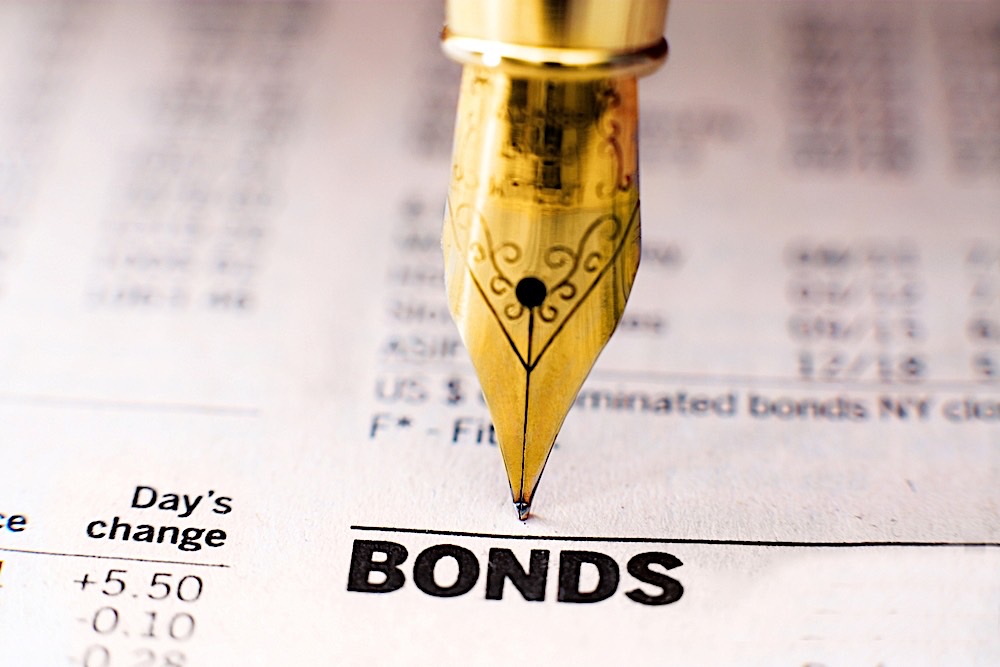 What makes a debenture different from a traditional bond?

It can be difficult to differentiate between the two. In the U.K., a “debenture” actually refers to a bond that’s secured by company assets. In other countries, “bond” and “debenture” are interchangeable terms.

In the U.S., bonds and debentures only have two significant differences: purpose and collateral.
We’ve already discussed how bonds are backed by collateral, while debentures are not. So let’s discuss the purposes for which each of them is issued.

Bonds are commonly issued by governments—usually state and local governments. Most government bonds are long-term bonds that have maturities of 10 years or more. They’re often used to finance specific projects, like infrastructure expansion or building out new departments.

Corporations also issue bonds to raise capital. Corporate bonds fall into three categories: short-term bonds, medium-term bonds, and long-term bonds. Long-term corporate bonds are not always beneficial to corporations because their interest rates are highly volatile and they also force corporations to collateralize their assets—over the course of 10 years, a company may want to sell those assets, so that can be a hindrance.

Debentures are a good way for corporations to issue long-term bonds with favorable interest rates and without collateralizing assets. Like long-term government bonds, corporate bonds are used to finance specific company projects, like global or product expansions.

How to Invest in Debentures

Debentures are a great way to diversify your investment portfolio. You can invest in them from nearly any kind of brokerage. If you’re new to investing and haven’t yet opened an account at a brokerage, you might consider using an online broker. This is one of the easiest and most affordable ways to shop for debentures.

Once you open an account at a brokerage of choice, you can start comparing the different types they offer. You’ll probably find these under the broker’s selection of “fixed income” securities.

When you’re browsing their selection of debentures, thoroughly review each one and compare their:

A bond is a loan that’s issued by a company or government to finance a project, and it’s paid back to investors with interest. A debenture is a type of bond that’s not backed by collateral, as traditional bonds are. Because they’re not secured, debentures are sometimes riskier because you might not be able to get all your money back if the loan defaults. But not all debentures are created equal. When they’re issued by a company with a strong credit profile, debentures are a safe and low-risk investment option, and are no more risky than traditional bonds.

Do you want to be able to retire financially comfortable?

Our new online real estate class can help you learn how to invest in rental properties that can help increase your monthly cash flow. Expert investor Than Merrill shares the core real estate investment principles that work best in today's real estate market.

Register for our FREE 1-Day Real Estate Webinar and get started learning how to invest in today's real estate market! 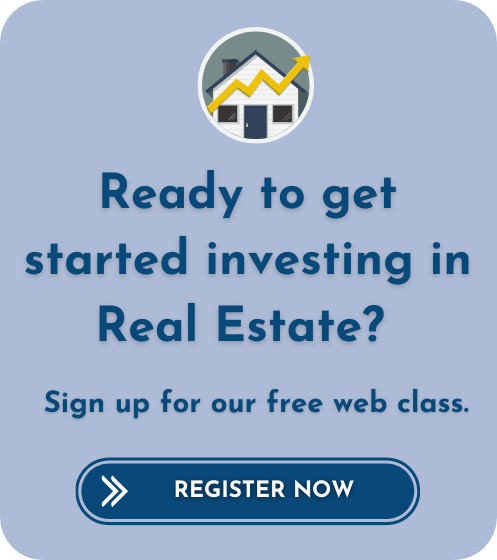 How To Write "Craigslist Real Estate For Sale" Ads Online

How Do You Market A Wholesale Deal?

What Is Return on Equity, How To Calculate It, & What Is A Good ROE?

Escalation Clause: When & Why You Should Use One