I am convinced that the tax credits offered to homeowners for implementing energy efficient home improvements are better than standard deductions. At the very least, credits represent a dollar-for-dollar savings ratio, whereas deductions are entirely dependent on the taxes you save within a respective income bracket. For example, those in the 28% tax bracket will only be able to lower their tax obligations by $280 if they claim a $1,000 deduction. Those eligible for a $1,000 tax credit, on the other hand, can reduce their tax bill by the entire amount of the credit regardless of their respective tax rate. It’s worth noting, however, that most credits are capped with limits, but the dollar-for-dollar return makes them very valuable to those that receive them.

Tax credits for energy efficient home improvements are not always made available. That said, it’s in your best interest to find out which tax credits will be available to you for the 2016 tax season. 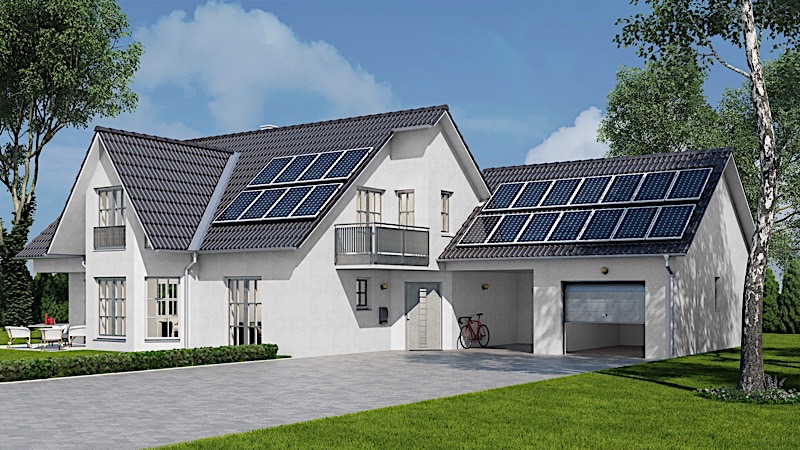 If you are excited by the prospect of easing your tax obligations this year, there is a chance some of the energy efficient home improvements you implemented and paid for last year could do just that. Provided the following energy efficient home improvements were installed and paid for last year (2016), homeowners may be eligible for some impressive tax credits that not only shelter their income, but also contribute to their bottom line.

Homeowners looking for energy efficient home improvements on a budget should first consider adding adequate insulation to their home. Homeowners that installed approved insulation in 2016 are entitled to a tax credit that amounts to 10% of the cost, up to $500. But what does “approved insulation” really mean? The answer is relatively straight forward: Batts, rolls, blow-in fibers, rigid boards, expanding spray, and pour-in-place insulation are all acceptable methods of insulation to apply for this particular tax credit. It’s worth noting, however, that this particular credit does not include installation costs, nor does it apply to newly constructed homes or rental properties; it must be in your primary residence.

Windows, doors and skylights play an integral role in conserving energy. Provided the windows, doors, and skylights you replaced/added to your home last year are ENERGY STAR certified, it’s entirely possible to dramatically reduce the amount of energy required to sufficiently heat and cool your home, and the government realizes that. In fact, the powers that be are willing to offer homeowners a tax credit of 10% of the cost (not including installation costs), up to $200 for windows and skylights; up to $500 for doors. Not unlike insulation, this credit can only be claimed if the additions were made to your primary residence before December 31, 2016.

Outdated water heaters represent a problem for anyone trying to reduce their carbon footprint and reduce their energy consumption. The antiquated method of maintaining a constant temperature for such a large amount of water is inefficient to say the least. Fortunately, technology has allowed us to move on, as electric water heaters can accomplish the same job using a lot less energy. What’s more, the government is willing to credit homeowners that installed energy efficient water heaters in their personal homes last year. In fact, a tax credit of $300 is yours to claim if you installed an ENERGY STAR certified electric (or gas) water heater in your home last year.

While most of the tax credits awarded to energy efficient home improvements have yet to be extended into 2017, there is one that homeowners can count on for at least four more years: the solar energy systems tax credit. Unlike those listed above (which have already expired), the solar tax credit is still in play.

As ENERGY STAR has been so gracious enough to do in the past, the U.S. Environmental Protection Agency (EPA) voluntary program offers homeowners a great federal income tax credit to take advantage of in 2017: tax credits for solar energy systems.

Those intent on maximizing efficiency, cutting back on energy costs and earning a great tax credit in the process should take a good, long look at solar panels. Otherwise known as Photovoltaic (PV) devices, solar panels can simultaneously reduce your carbon footprint and significantly reduce the amount of energy you consume from the grid.

To qualify for the solar energy systems tax credit, homeowners must instal ENERGY STAR approved photovoltaic solar panels by the end of 2021. It’s worth noting, however, that the longer you wait, the more the credit will decrease. Those that install solar systems between now and the end of 2019 are approved for for a 30% tax credit with no upper limit. That means homeowners can write off as much as 30% of the cost of the solar panels they buy for their homes (including installation), no matter how much they cost. Once the calendar turns to 2020, the same credit will decrease to 26%. And by 2021, the solar panel tax credit offered by ENERGY STAR will bottom out at 22%.

Further qualifications require homeowners to install the solar panels on their primary residence. And while second homes qualify for the same credit, rental properties do not. Not surprisingly, the photovoltaic systems must provide electricity for the residence, and must meet applicable fire and electrical code requirement.

Energy efficient home improvements have become ubiquitous with today’s greatest renovation projects. Not only can they significantly reduce the amount of energy consumed by a typical household, but they can also save homeowners a lot of money when tax season comes round. The tax credits awarded to savvy homeowners that take advantage of energy efficient home improvements can really boost your bottom line, so what are you waiting for?