The Difference Between Ethereum Vs. Bitcoin

Are you looking for a higher-risk investment to round out your investment portfolio? Cryptocurrency might be a good investment option for you.

The cryptocurrency market is dominated by two major players: Ethereum and Bitcoin. Bitcoin is the most popular cryptocurrency in the world, while Ethereum is the second. For many investors that are considering jumping into the world of cryptocurrencies, the first thing they do is compare Ethereum vs. Bitcoin.

Bitcoin launched in 2009. It was founded by a mysterious individual named “Satoshi Nakamoto,” but that person’s identity (or group) remains unclear. Bitcoin was not the world’s first cryptocurrency, but it was the first to gain mainstream success. It has a market cap of over $350 billion.

So what happens when you invest in Bitcoin?

It’s almost like buying a stock; the IRS taxes Bitcoin just like they tax stocks. The value of a single Bitcoin is determined by the supply and demand of the market, and it may rise or fall as the supply/demand changes, just like stocks.

It’s believed that the primary intent behind Bitcoin is for the cryptocurrency to gain acceptance as a real currency, just like the United States Dollar or the Euro. Crypto enthusiasts hope that someday, Bitcoin will be traded as commonly as any cash-based currency.

Cryptocurrencies are not currently accepted as a common form of payment, but, as mentioned above, they have been recognized as an asset by some regulators.

[ Want to start investing in Bitcoin & other crypto assets? Take a 2-hour online training class and learn how to launch your portfolio today! ] 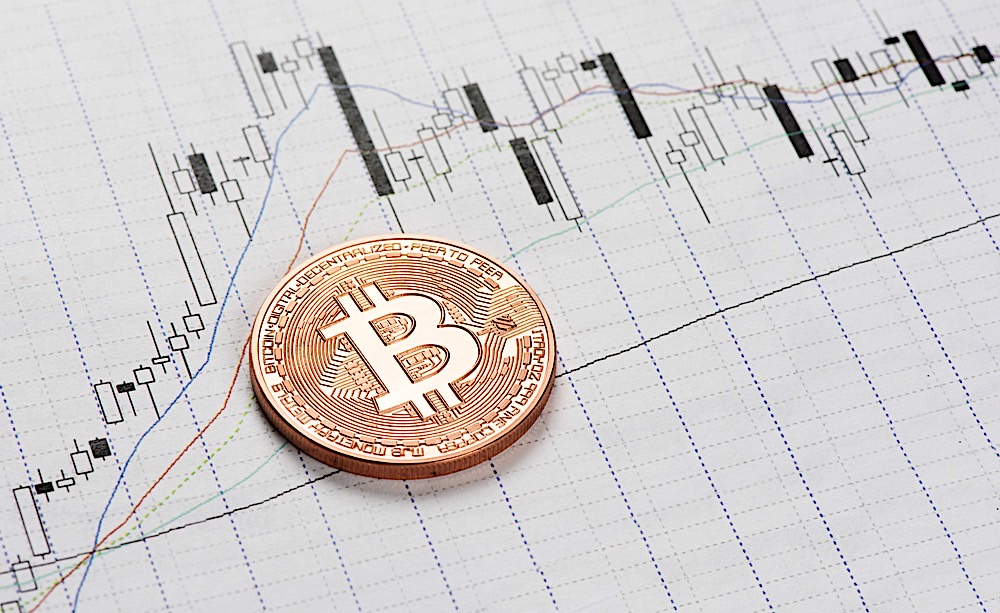 How Does Bitcoin Work?

If the Bitcoin code is open-source, what prevents a hacker from coding an unlimited supply of Bitcoins?
All Bitcoin transactions are recorded in a public ledger. The public ledger is made from “blocks,” which are records of new transactions that occur. No blocks can be deleted from the chain or written over—blocks can only be added. Therefore, it’s difficult for hackers to manipulate the ledger with fraudulent transactions. This technology is called “blockchain.”

Of course, there needs to be some way to validate the accuracy of new blocks to ensure there’s no fraud taking place. Bitcoin runs powerful mathematical equations that serve as “checks” on the numbers in the public ledger.

Since Bitcoin is a decentralized currency, there are no “Bitcoin servers” or third-party servers that run these equations. The equations are run by “miners,” individuals who dedicate their hardware to solve Bitcoin equations in return for Bitcoin.

Hundreds or even thousands of miners compete to solve the equation, but only the miner whose hardware solves the equation first is rewarded with Bitcoin. That means that the miners with the strongest (and most expensive) hardware are more likely to earn Bitcoin.

This system is called “Proof of Work.” As you’ll find out, the Proof of Work system will become a significant area of difference between Bitcoin and Ethereum.

The Ethereum Foundation launched Ethereum in 2015. The goal behind Ethereum was to enable software developers to use blockchain technology for decentralized applications (also known as “d’apps”).

The problem with standard applications and software programs is that they rely on centralized servers for data storage. If the server is hacked, then all of the data in that server will be compromised: credit card information, personal information, user data, etc.

D’apps try to eliminate this problem by running code on a decentralized blockchain. To help you understand d’apps better, here are a few of the most popular ones:

There’s a good chance you’ve never heard of these apps before. Ethereum is still a young platform, and there’s lots of innovation that’s being done in the field. The technology may become more widespread in the future.

Although Ether is traded as a cryptocurrency, its primary purpose is to serve as a blockchain platform for software developers. It has no aspirations—not at the moment, at least—to gain acceptance as a currency, like Bitcoin does.
Ethereum has a market cap of about $122 billion.

How Does Ethereum Work?

So far as investing goes, you can trade Ether in the same way that you trade Bitcoin. You don’t need to be a miner to gain Ether.

Previously, Ethereum used the “Proof of Work” system to run the blockchain. But, as of December 2020, Ethereum has switched to a “Proof of Stake” system, which is significantly different and will create a much broader distinction between Ethereum and Bitcoin. More on that down below. 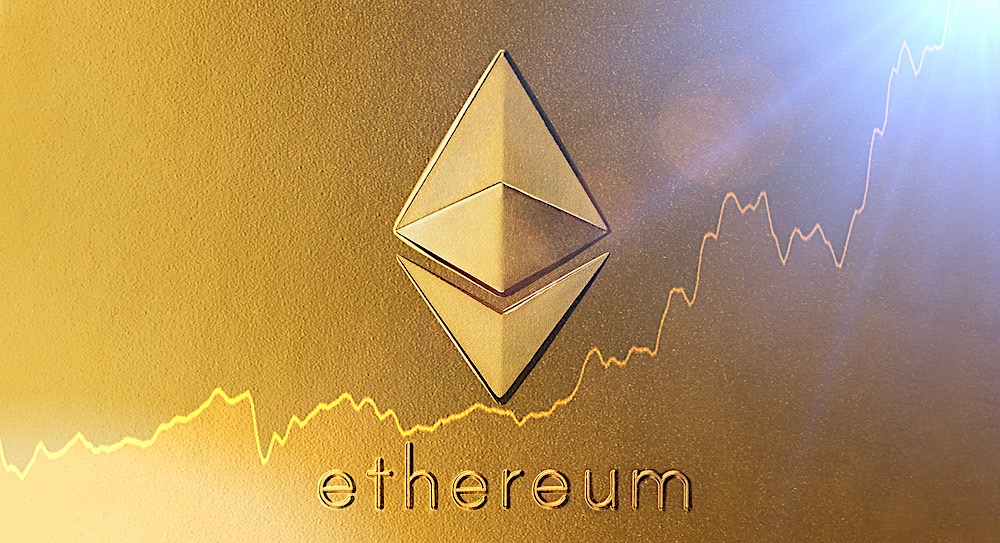 Bitcoin and Ethereum have some significant similarities. Here are the big ones:

If you’re trying to decide whether to invest in Bitcoin or Ethereum, you’ll probably want to compare their differences rather than their similarities.

How are Bitcoin and Ethereum different from one another? Here are the significant differences:

But the main difference is that Bitcoin is intended to be used as currency, while Ethereum is primarily a platform for blockchain software development.

The appeal of Bitcoin is that you can anonymously transfer money without interference from a central banking authority.

The appeal for Ethereum comes from its potential applications for business and network security.

Ether is only intended to incentivize blockchain validation. Although it may eventually be accepted as an authentic currency, that’s not its primary goal. For that reason, Ethereum isn’t a competitor to Bitcoin, despite the comparisons.

The Future of Ethereum vs. Bitcoin

If you’re still trying to decide whether to invest in Bitcoin or Ethereum, it’s helpful to consider each’s future.
Ethereum is bound to see the most significant change. The platform recently switched to a “Proof of Stake” model, eliminating the traditional mining method.

In Proof of Stake, there’s no competition among hardware to solve a complex equation. Miners don’t earn any reward for validating a block. Instead, people who contribute to a Proof of Stake system receive a transaction fee. These individuals are called “forgers” rather than miners.

To get started, a forger must place a minimum amount of coins in a specific wallet, which “freezes” the coins. Rather than rewarding the fastest piece of hardware, the Proof of Stake system randomly awards a single contributor. Your chance of winning the reward depends on what percentage of the pooled coins are yours. If you own 20% of the coins in the pool, you have a 20% chance of winning.

If you don’t win the reward, you still get your coins back. But you’ll lose those coins altogether if you’re caught doing fraudulent behavior.

Ethereum does appear to have greater applicability than Bitcoin. Since blockchain technology is growing increasingly popular, more companies may incorporate the technology into their networks and software. Ethereum is designed just for that purpose.

According to this study by Creighton University, Ethereum is likely to see greater integration into the Internet of Things and the financial services industry.

The growth of Bitcoin seems more dependent on whether or not it will gain acceptance as a currency. Bitcoin needs to achieve the status of a store of value. In other words, the value of an individual Bitcoin needs to remain stable and cannot fluctuate tremendously in price.

It’s difficult to see this happening with Bitcoin anytime soon. Many currencies are backed by commodities, like gold or silver, and these commodities have intrinsic value. But even fiat currencies (which are not backed by commodities) can have intrinsic value maintained by the government. For example, the United States dollar is a fiat currency, but the value is maintained by the Federal Reserve, which can do certain things to stabilize the value of the currency.

Cryptocurrency doesn’t have any intrinsic value—Bitcoin and Ether are no more than lines of code in cyberspace. Furthermore, there’s no central authority that can stabilize the prices. The whole point of cryptocurrency, after all, is that it’s decentralized.

Unsurprisingly, price changes of Bitcoin (and of Ether, for that matter) tend to be dramatic and driven mainly by speculation. That may present some good opportunities for short-term investors, but it lessens Bitcoin’s chance to achieve that coveted status as a real currency.

However, a small but growing number of companies accept Bitcoin as a form of payment, and that counts for something.

How to Choose Between Ethereum and Bitcoin

You might prefer to invest in Ether if you’re a long-term investor. You can potentially reap high returns from Ethereum if you plan on holding your investment for at least five years. Ethereum is growing rapidly and could eclipse Bitcoin in total market cap by the end of 2021. It’s possible (but never certain) that Ethereum could grow the most in value.

You might also prefer investing in Ether you have less capital to spend; currently, Ether is cheaper than Bitcoin.

You might prefer to invest in Bitcoin if you’re a short-term investor. Bitcoin has a larger market cap, and it’s also captured greater public interest than Ethereum (as of January 2021). That means there’s higher liquidity, less volatility, and a greater likelihood you’ll be able to capitalize on those inevitable mood swings in the Bitcoin market.

Whether you invest in Bitcoin or Ethereum, remember that cryptocurrency is a high-risk investment. If you want to practice safe investing, be sure to develop a diverse investment portfolio, and only maintain cryptocurrency as a smaller percentage of your total investments.

Ethereum and Bitcoin are each blockchain-based cryptocurrencies. However, when comparing Ethereum vs. Bitcoin, we find the following differences: Ethereum is primarily intended as a software development platform for decentralized applications, and its cryptocurrency, Ether, is a secondary function. Bitcoin is intended to become an authentic currency that has a store of value. Ethereum may be better for long-term investors because it’s growing more rapidly and has greater applications. Bitcoin may be better for short-term investors because there’s more opportunity to time the market. Both Ethereum and Bitcoin are high-risk investments and should only make up a small percentage of your investment portfolio.

Ready to start investing in Bitcoin & other crypto assets?

Click the banner below to take a 2-hour online training class — and learn how to launch your portfolio today! Next
Guide To Crypto Investing

How To Invest in NFTs: NFT Investing Explained

How to Invest in Bitcoin: A Beginner's Guide

How To Invest In Cryptocurrency: A Beginner's Guide

Top 10 Best Cryptocurrencies to Invest In

The Difference Between Ethereum Vs. Bitcoin