The Fort Wayne real estate market has seen a steady progression for the better part of three years now. However, experts familiar with the area are very excited about recent activity. Both real estate professionals and builders have expressed optimism, as the first part of the year has coincided with a steady incline in activity. In other words, if you are planning to buy or sell in the Fort Wayne real estate investing market, now is the time. That said, the local market currently favors sellers. While new listings have increased 3 percent, available inventory is down nearly 20 percent.

Inventory levels, or lack there of, have definitely impacted price levels. Home values, as a result, have shown improvements in the last 12 months. With an appreciation rate of 12.5 percent, nearly double that of the national average; the current median home price in the Fort Wayne housing market is $106,300. The national average is just over $208,000. While Fort Wayne is just under $100,000 less, it is considerably cheaper, and that much more attractive to Millennials, which could explain interest levels.

According to the National Association of Realtors (NAR), Millennials made up the largest portion of recent buyers. Seeing as how most of them have not yet been able to save up enough for their dream homes yet, they are on the lookout for more affordable housing markets. As luck would have it, the Fort Wayne real estate market is one of the most affordable in the entire country. Homeowners in the city spend an average of 5.8 percent of their income on monthly mortgage obligations, whereas homeowners across the country spend almost three times that (14.3%).

“As people get established in their careers I think people are starting to feel confident in buying a house and they can save money on monthly payment,” said Tony Didier, Vice President of Marketing at Coldwell Banker Roth Wehrly Graber.

Of course, the only thing from preventing the Fort Wayne real estate market from really taking off is the job sector. While not in a bad position, it could stand to improve just a little. The unemployment rate is about 5.6 percent, and has gotten better since last year. However, the job growth rate is struggling to gain traction. At 0.7 percent, local employment growth is poor and needs to improve.

Gains in equity have really helped Fort Wayne real estate investing. However, the distressed market will continue to serve as a great source of deals for investors in the area. After all, there is no equity building without deal acquisition. That said, the Fort Wayne housing market has about 938 homes in some state of foreclosure – each of which represents a potential deal for investors. Of those properties, the overwhelming majority is either in pre-foreclosure or bank-owned, 38.6 percent and 37.5 percent respectively. The remaining 23.9 percent are all scheduled for auction. Even while the amount of foreclosures is down from this time last year, all of these properties represent a great opportunity for those interested in Fort Wayne real estate investing.

According to Didier, “the $150,000 to $225,000 price range, especially in northwest and southwest Fort Wayne is really hot right now. Those are the homes flying off the market. So, those higher priced homes maybe are why you see the average price going up a lot, where as the price per square foot which is a probably more accurate depiction of your house is up 8 percent.”

The Fort Wayne real estate market has a number of indicators working in its favor. Appreciation rates will continue to add equity to existing homes and mortgage rates will support those looking to buy. However, affordability will continue to be the main draw to Fort Wayne. That said, it should see a lot of activity come in the form of first-time buyers, as the median sales price is well below the national average. One concern is the amount of available inventory, but that issue has already been addressed. New home builds are on a steady incline. Granite Ridge Builders, in particular, has 240 new home contracts. In addition to the 300 they had last year, and competition from other builders, a large supply of new homes should be available in the near future. 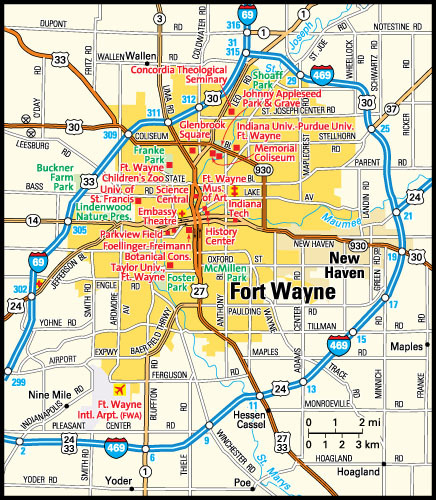