The Fresno, California real estate market has faced an uphill battle over the last few years. High unemployment and a declining economy forced home prices to drop immediately following the recession in 2008. The road towards recovery has been long for the Fresno real estate market, but it finally appears to be moving in the right direction. Back to back years of positive appreciation, coupled with rising sales prices suggests the growth may be sustainable. Zillow expects positive trends to continue into next year, and the local government has taken steps to ease record high unemployment. Things may have been bad in the Fresno housing market for years, but the worst appears to be in the past.

According to Zillow, the median sales price in the Fresno real estate market is $218,375. This represents a 6.4 percent increase over the last twelve months. Fresno sales prices peaked in September 2006, when they reached a high of $297,000. From there, they gradually started declining, even before the recession started, down to a low of $144,000 in December 2012. Since then, the market has seen a 31 percent increase in the average sales price, suggesting the there is nowhere to go but up. With local foreclosure and unemployment numbers having stabilized, this surge should continue for the foreseeable future.

Sales price figures in the Fresno housing market are on the rise, and the Zillow home value index is no exception. According to Zillow, the current average home value is $190,600; up 7 percent from last year and an impressive 30 percent since 2012. From 2007 to 2012, the Fresno housing market had an appreciation rate in the red. However, 2012 saw a modest increase of (3.2%), followed by a sizable 12.75 percent hike in 2013. Last year, the market grew an encouraging 10.7 percent. Based on local sales price and value trends, it would appear as if the worst is behind the Fresno housing market. The market still has a ways to go, but the arrow is certainly pointed in the right direction.

Unfortunately, a weak economy and relatively high unemployment rates put the Fresno real estate market where it is today. At the beginning of this year, Fresno held one of the highest levels of unemployment in the country. USA Today ranked it ninth on the list of cities with the highest unemployment.According to Realtor.com, the unemployment rate in Fresno is 12.2 percent.  At that rate, Fresno’s unemployment rate has exceeded the local county (11.2%), the state of California (6.1%) and the country (5.4%). Again, the Fresno housing market continues to be hindered by today’s employment figures, but that is a result of the area’s dependency on agriculture. The agricultural industry has been hit hard by a drought.

There are also poor educational attainment rates among Fresno residents. Less than three quarters of adults had completed high school, and less than one in five adults held a bachelor’s degree just two years ago. At 29 percent, the area’s poverty rate is one of the worst in the country. The local government is tackling the problem head on by adding incentives to local businesses in an attempt to generate business. This has led to a slight reduction in unemployment over the year and workable future job growth numbers. Unemployment and the economy will play large roles in how well the market continues to grow.

One of the reasons that the market was able to sustain such high unemployment rates was because of the low average cost of living. At $50,200 a year, Fresno’s cost of living is nearly 23 percent lower than the rest of the state. Of course that includes powerhouses like San Diego and San Francisco, but it is still relatively low. Regardless, low living costs have helped the Fresno real estate market get back on track. Experts believe the cost of living may be responsible for a 2.4 percent increase in population over the course of the year.

Increased population will only increase the demand for housing and push sales prices, volume and values higher. This rise should also help the declining number of new housing permits issued in the last year. After a six year high (1,400 new housing permits in 2013), there were only 42 issued last year. Increased population and a recovering economy should help this number moving forward.

As was the case with unemployment, the Fresno real estate market was one of the hardest hit by the foreclosure crisis. According to Trulia, there are about 1,040 homes in some state of foreclosure (default, auction or bank-owned). That number is relatively high, considering that there are about 1,219 homes currently for sale, and an additional 4,199 that just sold. Fortunately foreclosures are on the decline. Since last month, they have dropped 9 percent, and are down 17 percent on the year. Of course, today’s distressed numbers favor Fresno real estate investing.

Savvy Fresno investors will appreciate the spreads these homes offer. According to RealtyTrac, distressed properties sell for an average of 26.9 percent less than non-distressed homes. That is a savings of nearly $56,000 per property, and something that Fresno real estate investing will welcome.

As dire as things got for the Fresno real estate market, things are looking up. In fact, the area is on a bit of a hot streak. Fresno real estate investing has taken off, and the housing market is in a great position to move forward. Strong growth over the past few years has overshadowed any economic concerns anyone may have had. The economy and unemployment rates are still an area of concern, but things are improving. Massive foreclosures have greatly declined and the population is growing. Two years of rising home values and sales prices should only be the start of where the market is headed. The future of the Fresno real estate market looks bright. 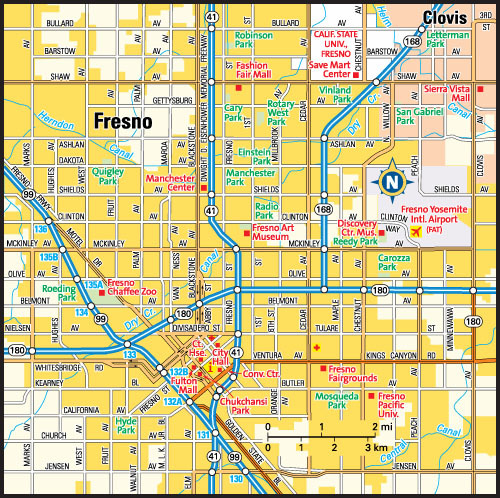