Known primarily as the home of the U.S. Space & Rocket Center, the Huntsville real estate market has something new and exciting to brag about: Mazda Toyota Manufacturing, U.S.A., Inc. has broken ground on a high-tech plant in the area. Not only will the new manufacturing plant help Alabama remain one of the country’s top five auto-producing states, but Huntsville is now positioned to be the recipient of approximately 4,000 new jobs. More importantly, however, the new plant appears as if it will serve as the catalyst for an influx of real estate demand in the area. Already the second fastest growing city in Alabama, Huntsville’s expected surge in population should buoy an already healthy real estate market, and help it thrive for the foreseeable future. 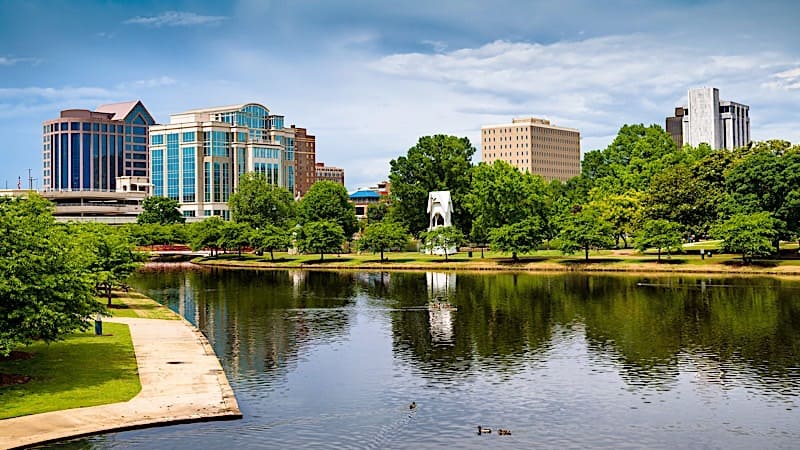 The Huntsville real estate market was the beneficiary of an appreciation rate that outpaced the national average. In just over one year’s time (October 2017 to November 018), the median home value in Huntsville jumped 9.6%, whereas the national value increased a more modest 7.7%. Following the nearly double digit appreciation rate, the median home value in Huntsville is now $149,300, according to Zillow. That said, real estate in Huntsville looks like it will continue its current upwards trajectory, as the city has already announced several major projects expected to bring thousands of jobs to the area; among them is a high-tech automotive manufacturing plant. Mazda Toyota Manufacturing, U.S.A., Inc. has already broken ground on a new facility that should be responsible for adding approximately 4,000 jobs. As a result, the demand for housing should drive up both the price of buying and renting.

If you are more interested in seeing what the rest of the distressed market has to offer, it would help if you knew where to look. Fortunately, RealtyTrac has already done the heavy lifting. According to the online marketplace, the following neighborhoods represent the areas in Huntsville with the highest foreclosure rates:

The Huntsville real estate market is currently benefiting from several important metrics, not the least of which include a population boom, increase in available jobs, high appreciation rate and housing demand. When all is said and done, the state of the local housing market tips heavily in favor of investors, and people are starting to take notice. In fact, real estate in Huntsville is a bit of a commodity at the moment. According to Attom Data Solutions’ latest Home Flipping Report, Huntsville is among the cities with the nation’s highest flipping rates.

“Among 133 metropolitan statistical areas with at least 50 flips in Q3 2018 and a population of at least 200,000, those with the highest home flipping rate for the quarter were Memphis, Tennessee (10.4 percent); Atlantic City, New Jersey (9.1 percent); Phoenix, Arizona (8.6 percent); Las Vegas, Nevada (7.8 percent) and Huntsville, Alabama (7.5 percent),” said the latest Home Flipping Report.

Once known primarily for its nationally recognized space program, the Huntsville real estate market is starting to attract major players in subsequent industries, the most recent of which saw Mazda Toyota Manufacturing, U.S.A., Inc. break ground on a new manufacturing plant promising to add somewhere in the neighborhood of 4,000 jobs to the area. As a result, Huntsville is in the midst of a population boom that should support a healthy housing market. Combined with the area’s relatively affordable housing and promising future prospects, it shouldn’t surprise anyone to learn that Huntsville looks to be a great place to invest in for the foreseeable future.

Have you thought about investing in the Huntsville real estate market? If so, what are you waiting for? We would love to know your thoughts on real estate in Huntsville in the comments below.