The London real estate market in Ontario, Canada, not to be confused with the home of Big Ben, has started to turn some heads. After years of poor unemployment and sluggish job growth, the London is showing signs that it may have already turned the corner. Spurred by a record breaking sales month in June, demand for real estate is as high as it has been in years. The London real estate market has been on a role since the beginning of the year, and recent data suggests this will continue into the foreseeable future. An increased number of jobs coupled with pent up demand, low mortgage interest rates and still affordable home prices are fueling the market. With a surging economy and a huge appetite for real estate, the market is currently in its best position in years. Should recent trends play out, London real estate investing could be in for an active end of the year.

The current average home price for a property in the London real estate market is $264,834. This represents a 4.2 percent increase from the same time last year. Since the beginning of the year, home prices have risen roughly seven percent. Going back four years ago, prices have seen of increase of nearly 15 percent. The home price chart has not been a straight line headed upwards. There have been months of steep decline highlighted by high unemployment numbers and slow job growth. The bottom may have been the end of last year and the beginning of this year, as numerous factories left the area and growth was stagnant. Since that time, the local economy has stabilized and revitalized the London housing market with it. There are currently long term indicators in place that suggest this short term growth may be sustainable.

The London real estate market is currently at an all-time high. June shattered the monthly record for highest sales volume. It also marked the 14th month in a row in which sales rose over the same month the previous year. There were over 1,100 total transactions in the last thirty days alone. Sales of detached properties rose 11.5 percent over the previous month, while condominium sales were up over 20 percent from the same month last year. Total sales were up over 13 percent from last year. Total listings were up 6.8 percent, while inventory was down 5.5 percent. This means that properties were having a hard time staying on the market. The revitalized economy is certainly playing a role in the resurgence, but it is far from the only factor.

The London market went through what many economists would consider a recession. Since then, the recovery has been slow – at least up to the beginning of this year. The most telling number that points to a recovery is in the number of people currently working in the area. At 251,900 people, today’s employment rate is the highest number since December 2007. This is a 2.9 percent jump in the last twelve months, as opposed to a typical one percent annual rate increase. The current unemployment rate jumped from the previous month, but it is over a full point lower than it was one year ago, and two points lower than just twenty four months ago. The growth of the real estate market and the economy go hand in hand. Every real estate transaction is estimated to add over $50,000 to the local economy by the way of legal fees, household items and other moving costs. It also has a direct impact on the demand of real estate in the area.

The market in London’s sister city of St. Thomas is also experiencing record sales volume. Sales volume reached a record level last month, and was up 27 percent from a year ago. The average home price for St. Thomas is also trending higher, up almost 10 percent from the same time last year. The St. Thomas market is different than London in that the most popular real estate type is the two-story home, followed by the bungalow and then the ranch. The growth of the St. Thomas market is important to note. The strength of the local real estate market for London appears to be having a trickledown effect on St. Thomas. With home prices and volume mirroring that of London, we can see that real estate is in demand. If this demand continues for the rest of the year and into 2016, we should expect real estate to continue at a record pace. This is great news for anyone considering London real estate investing.

The amount of residential sales is currently at an eight year high. The number of transactions to date is close to 4,900; which is well over any year since 2007. Listings are at their highest point in the last decade. When both of these areas of a market perform strongly at the same time, demand outpaces supply. This demand is one of the reasons that the local real estate market has taken off in recent months. Low mortgage interest rates and an influx of first-time homebuyers have also added to the demand. Additionally, with lower unemployment and an increased number of jobs, more buyers are confident in their ability to repay a loan. The high level of supply has given buyers the ability to pick and choose from an abundance of houses.

If the beginning of 2015 is any indication, the London real estate market is in for a strong finish to the year. The total dollar volume, as collected by the MLS, is at its highest point for any first half of year in well over a decade. The total number of sales is already 25 percent higher than the five year average. While the market is trending higher, it still has not taken off to the point that buyers can’t get great deals. It may never mimic the likes of Montreal or Vancouver, but that doesn’t mean it can’t sustain its current trajectory.

The London real estate and job markets are growing hand in hand. The recent recovery and resurgence in the labor market has directly led to the current real estate boom. The economy is only beginning its resurgence, meaning the London housing market may have plenty of room to grow. The factors for growth appear to be in place and the bottom may have already been hit. London real estate is currently selling at a record pace. These levels may be hard to sustain, but there is plenty of room for upward potential. 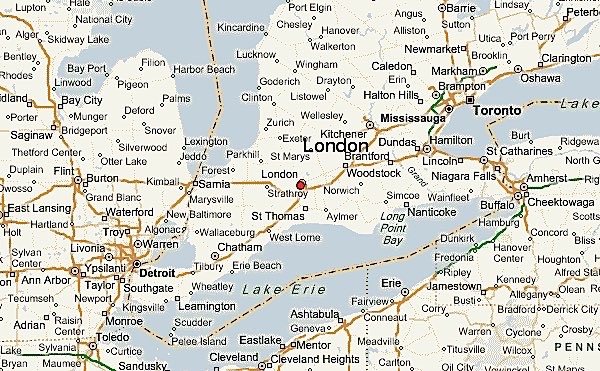