As an area known for its tourism and scenery, Maui also boasts a strong real estate market. The island is predominantly known for its white sand beaches and crystal blue waters, but the local real estate market has been strong in recent years. The island of Maui is the second largest of all the Hawaiian Islands, and the largest of Maui County’s four islands: Maui, Moloka’I, Lana’I and Kaho’olawe. While not hit as hard as the mainland communities, foreclosures still impacted the Maui real estate market following the recession. Since that time; home prices, activity and demand have all been on the rise. If the start of the year is any indication, the Maui real estate market appears to have righted the ship and is poised to take off.

According to RealtyTrac, the median sales price in Maui is $474,000. Subsequently, sales prices have been making a steady climb over the past twenty-four months. Just two years ago, home prices were $377,500. Aside from some slight deviation in that time, prices have been rising at a sustainable pace every month. These sales figures greatly exceed the national average of $208,000. Interestingly enough, it can be argued that Maui is both a buyers and sellers market. Buyers are actively looking for property, and the inventory from sellers is there to support local inquiries. There are no signs to suggest that this upward sales price trend shouldn’t continue for the foreseeable future.

After the market dipped in late 2008, Maui real estate asking prices dropped to their lowest level in years: well below $400,000. Since the middle of 2011, this number has seen a steady climb, and now sits just under $600,000. This means that most homeowners who purchased in the last five years have a good amount of equity in their homes. It is this strong level of appreciation that has been driving the market upwards. Local appreciation has pushed buyer confidence higher, and subsequent home prices with it.

The economy in Maui is largely supported by tourism and agriculture. The area has recently seen growth in both of these areas. Hawaii is a leading exporter or coffee, papaya, macadamia nuts and fresh pineapples, just to name a few. Maui is also a growing area for information technology. The Maui High Performance Computing Center provides more than 10,000,000 hours of computing time per year towards research. It has also helped add jobs and cash to the local economy. Local job growth has helped restore unemployment numbers back from dangerous highs. For years, local unemployment never hit 3 percent, and was as low as 1.7 percent in December 2006. During the height of the recession, however, unemployment topped out at 9 percent in March 2009. Today, unemployment has stabilized, and is down to 3.9 percent. This figure is on par with the rest of Hawaii, and is lower than the national average of.

Like other areas in the country, Maui experienced a real estate boom during the height of the market in 2004-2007. During that time, new housing permits for Maui averaged well over 1,300 per year. After a slight dip in 2008, the bottom fell out and housing permits dropped to a 20-year low of just 210 in 2011. Over the next two years, new housing permits averaged over 400 per year, and appear to be climbing. With increased buyer demand, you can expect this number to jump in the coming years. Rising home and list prices should eventually push the new housing permit number higher, and buyer activity should rise with new inventory.

Information provided by HomeFacts suggests that there are currently 383 homes in some stage of foreclosure in the Maui housing market. This represents between 5 and 10 percent of all current listings. Over half of all the foreclosure listings in Maui are in the pre-foreclosure stage, with the remaining majority being banked-owned. Recent changes in Hawaiian legislation have eased the foreclosure and short sale process. Instead of taking twelve months or more, this time-frame has been streamlined. There are also sizable discounts given to local foreclosed homes. Like most other areas, distressed homes are sold “as is,” and do have some level of risk. Given the upward trending nature of the Maui real estate market, this risk is in line with the reward. Maui real estate investing should continue to see a lot of activity as a result.

Maui is a unique real estate market, in the sense that both buyer and seller activity has increased over the last 60 days. There is a decrease in inventory, which has pushed home prices higher. There is a large amount of investor activity in the area as well. Maui real estate investing has surged, in fact. This is reflected in the growing number of cash purchases. Most of these cash offers are given to foreclosed or short sale properties. With this trend in place, the foreclosure inventory will begin to diminish, causing the remaining foreclosed home prices to shoot up. This may be the window to capitalize on the market before sellers gain the upper hand.

Information provided by Trulia suggests that higher sales price numbers may be coming to the Maui real estate market in the very near future. Data accumulated over the last 30 days show that local list prices are on the rise. The most popular zip codes in the Maui housing market during this time were: 96753, 96761, 96790 and 96708; all of which increased and currently boast average prices over $1,000,000. The areas which show the greatest list price appreciation are: 96768 and 96708, which increased 17.4 and 14.0 percent respectively. On average, current list prices for the county rose over 15 percent from the previous month. List prices do not directly correlate to sales numbers, but they are a good indicator of which way the market is headed.

The Maui real estate market was hit hard by the recession, and has bounced back strong. Stabilized unemployment and rising home prices suggest that a full market recovery is under way. The housing market was off to a great start in the first half of 2015, and there is nothing to indicate that this won’t continue. 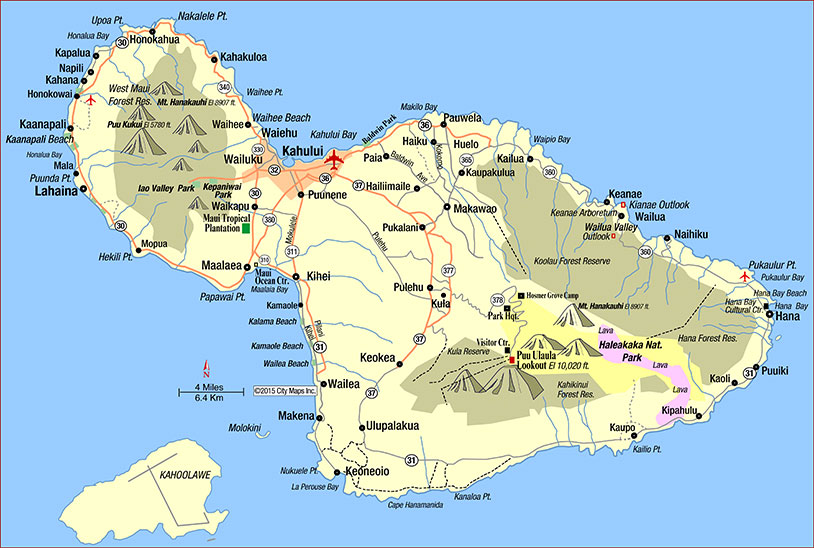