What Size Multifamily Investment Property Should You Buy?

Is there more out there for those that have accomplished all they can with single-family home exit strategies?

It’s a simple question, but one that has nonetheless wracked the brains of investors looking to achieve more from their current business plan. And fortunately, for their sakes, the answer isn’t a simple yes, but rather a resounding one. There is so much more to real estate investing than flipping or renting out single-family homes; namely, the multifamily investment property. If for nothing else, a multifamily investment property is the logical step for someone looking to add to their single-family resume.

Multifamily investments aren’t simply the next step; they are — for all intents and purposes — their own stand-alone, viable investment opportunity. Under the right supervision, there is no reason a multifamily property can’t be the greatest addition your investment portfolio has ever seen, but I digress. It’s not enough to simply acquire a multifamily property and hope it produces how you intended; to do so is a practice in ignorance. Instead, you must mind due diligence and go into every deal with a plan. Of particular importance, however, is one of the first decisions you will be confronted with: which type of multifamily investment property will you pursue?

For those of you that are less familiar with the world of multifamily real estate investments, there are essentially two categories: those that consist of two to four units and those that have five or more units. Both are considered multifamily properties, but that’s where most of the comparisons end. In reality, the number of units a multifamily property consists of will dramatically impact both what you intend to do with it and what it can do for you. Let me explain. 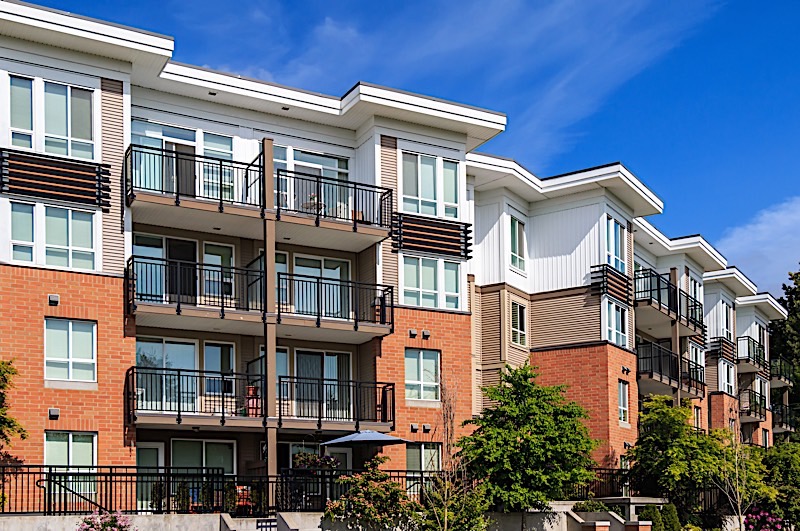 What you can expect from a multifamily investment property is directly correlated to the type you acquire. In other words, those with multifamily buildings consisting of more than five units can expect a different return on investment (ROI) for those that have chose investments with two to four units.

That said, which type of multifamily investment property is right for you? Examine the perks of each below to make your decision a little easier:

Limited Overhead: Contrary to popular belief, multifamily investment properties that fall under this category coincide with reduced overhead costs. A multifamily unit, for example, can significantly reduce overhead costs by combining multiple streams of income to account for the same amount of costs that have become ubiquitous for a single-family property. In other words, multifamily investors could be collecting rent from as many as four units, but only have to worry about one roof to fix, one paint job to patch, and one driveway to maintain. Single-family investors, on the other hand, will only have one stream of income to worry about the same issues. So while multifamily properties may have more units, they have similar overhead logistics to that of your standard single-family property.

Available Financing: Most investors prefer multifamily properties with two to four units because they have already been designated as residential assets. That’s not the case for multifamily properties with more than five units, but we’ll get into that later. For now, it’s important to note that these multifamily homes are residential, and can therefore be financed as such. Not surprisingly, that means they fall directly under residential lending guidelines, which are far less intimidating than their commercial counterparts.

Economies Of Scale: Not unlike their smaller multifamily counterparts, those buildings with more than four units benefit immensely from the concept of scalable economies. As Investopedia so eloquently puts it, an ‘economy of scale’ is a unique cost advantage “that arises with increased output of a product. Economies of scale arise because of the inverse relationship between the quantity produced and per-unit fixed costs.” With that in mind, it’s not hard to see how a building consisting of multiple units would benefit from economies of scale. At the very least, you should be able to reduce the cost per unit as the number increases.

Which Will You Choose?

There is no doubt about it: what you can expect in return from your multifamily investment property will be directly correlated to its size. Those properties with between two and four units will share many of the same benefits as their larger counterparts, but there are some significant differences that must be accounted for; namely, those I touched on above. It’s worth noting, however, that this information should help you choose which direction to go. At the very least, it’ll give you a good idea of what to expect.

Have you considered jumping into the multifamily investment property market headfirst? If so, what about it is so appealing to you? Why do you want to add said properties to your portfolio? Please feel free to share your own experiences with the multifamily world in the comments below, and help guide those that have yet to take the leap.