In regards to the economic status of Nebraska, economists can agree on one thing: growth will be solid rather than rapid. Accordingly, the Cornhusker State is in a position to benefit from positive economic developments. While some segments of the economy are projected to improve, others remain stunted. Fortunately, the housing sector looks to be one in which growth is expected. Omaha, for all intents and purposes, will see a resurgence of first-time homebuyers.

The Omaha housing market has seen home values rise for three consecutive years, but it would appear as if appreciation is beginning to temper. Three years ago, homes in the Omaha real estate market were appreciating at a rate of 10 percent. However, over the course of the last 12 months, that same rate dropped to 3.4 percent. As a result, the median home value in Omaha is now $147,000. The national average, on the other hand, saw homes appreciate at a rate of 5.7 percent in the last year. Home prices across the United States are about $208,076.

Even though Omaha real estate hasn’t kept up with the rest of the country, it has managed to return a considerable amount of equity to the market. The following highlights how much equity has been gained relative to the year of the home’s purchase:

The increase in equity should continue to support both supply and demand, as more owners will look to become active and first-time homebuyers will be drawn to the area’s affordability. Moreover, the job sector in Omaha will support real estate activity. With unemployment as low as 3.2 percent, Omaha is well below the national average (5.6%). In fact, unemployment in Omaha is better than most markets across the country. There is one area, however, that Omaha needs to improve in: 1-year job growth rate. The job growth rate in Omaha is nearly half of what the national average is. Admittedly, Omaha needs to improve in this area if it wants to realize its full potential.

The biggest indicator working in favor of the Omaha housing market is affordability. Even after three consecutive years of appreciation, Omaha real estate is still more affordable than most markets across the country. Homeowners in the area have gotten used to spending about 6.6 percent of their income on monthly mortgage payments. The national average, on the other hand, is 15.1.

It is that same affordability that makes Omaha real estate investing and homeownership more attractive to first-time buyers. In the face of rising rents; loosening mortgage restrictions; the threat that higher interest rates really are around the corner; and better career prospects, first-time buyers are expected to become a major player in the Omaha housing market. It is this market that has experts excited about Omaha real estate. A new analysis by online real estate site Trulia shows Omaha-Council Bluffs among the Top 15 “fastest-moving” markets.

According to a survey conducted by the Grater Omaha Chamber, “results indicate confidence and cautious optimism in Greater Omaha’s future economic growth. Of more than 200 survey respondents, 49 percent expect the Greater Omaha economy to grow at a faster pace in 2015 compared to 2014 and 45 percent expect next year’s growth to remain on pace with 2014’s rate. More than 50 percent of business leaders cited increased demand and a strengthening economy as the main drivers of their projections for 2015 performance.

All of this bodes well for Omaha real estate investing. In fact, there is one additional indicator working in favor of Omaha real estate investing: the distressed market. Those looking to find affordable assets to add to their portfolio need not look any further. According to RealtyTrac, the Omaha housing market has 339 homes in some state of foreclosure. That is considerably higher than this time last year.

Of the distressed properties in the Omaha housing market, the overwhelming majority are pre-foreclosures. That is to say that 90 percent are in the early stages of being repossessed due to the property owner’s inability to pay an outstanding mortgage obligation. Distressed properties to be placed up for auction make up 8.1 percent, and bank-owned foreclosures round out the final 1.2 percent. Each of these scenarios is a great source of deals for Omaha real estate investing.

When it comes down to it, Omaha real estate investing will really benefit from stable market fundamentals. Affordability will continue to attract first-time buyers, further supporting the entire economy. 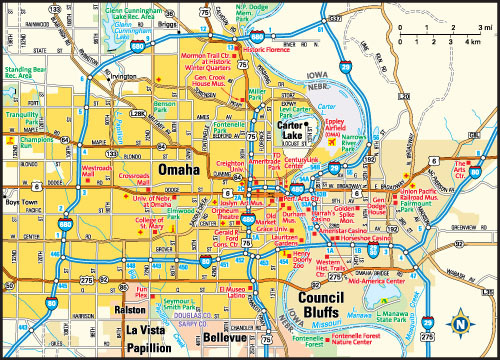