The Sarasota real estate market has received a lot of support from strong economic and demographic fundamentals. For all intents and purposes, Sarasota real estate is hot. Prices are increasing at a healthy rate, and experts at Zillow expect values to increase by as much as 3.4 percent over the next year. With that in mind, the city is leaning more towards a sellers’ market, making Sarasota real estate investing a lucrative career path. 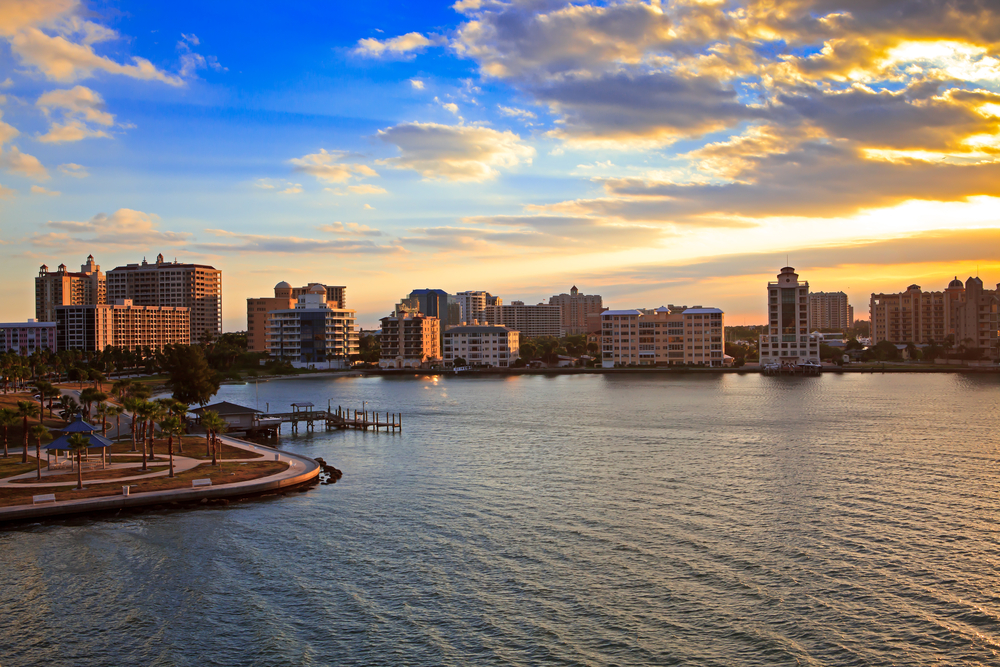 Appreciation rates in the last three years have really helped remove Sarasota real estate from a period of post-recession price weakness. In fact, homeowners have been reintroduced to equity that was thought long gone. The following highlights how much equity has been gained relative to the year of the home’s purchase:

Both supply and demand in Sarasota continue to receive a lot of support from the local economy. In particular, Sarasota jobs are setting a brisk pace. Job growth in the Sarasota real estate market is almost unmatched on a national level. Local employment growth is much stronger than most other markets. At 4.6 percent, the Sarasota job growth rate is more than twice the national average. On top of that, unemployment in Sarasota is lower than most markets in the country and improving. In the last year a lone, Sarasota’s unemployment rate decreased 0.7 percent.

Affordability in the Sarasota real estate market is where things really start to get interesting. With strong fundamentals already in place, affordability is relatively high. That is to say: the Sarasota housing market is more affordable than most markets across the country. While the average city spends about 15 percent of their income on monthly mortgage payments, Sarasota homeowners only spend about 9.7 percent. Affordability is historically strong and looks to continue improving as the year progresses.

Speaking of affordability; Sarasota real estate investing has benefited significantly from the discounts offered by the distressed market. Foreclosures, in particular, have given many Sarasota real estate investors the opportunity to secure assets with a strong return on investment (ROI). According to RealtyTrac, foreclosures in Sarasota were down 16 percent year-over-year. With the drop, there are about 1,488 foreclosures on the market. However, while the number of foreclosures is down, the discounts they offer are on the rise. The average sales price of a non-distressed property is about $167,000. Subsequently, the average sales price of a distressed property is about $120,000, or 28 percent lower than non-distressed home sales. That is a savings of about $47,000; a difference of $2,000 from the previous year.

The distribution of foreclosures could have a large impact on Sarasota real estate investing. Accordingly, the overwhelming majority of foreclosures on today’s market are going to be placed up for auction – 55.3 percent in all. That number is up 52 percent since last year. Pre-foreclosures, on the other hand – which actually declined over the last 12 months – represent 24.2 percent of the foreclosure market. That is to say that nearly one-quarter of all the distressed properties on the Sarasota housing market are at risk of being repossessed because of the owner’s failure to pay mortgage obligations. The remaining foreclosures, 20.6 percent, are all bank-owned. With plenty of foreclosures available, and the discounts they offer, Sarasota real estate investing should continue to thrive for the foreseeable future, and beyond.

Sarasota real estate investing is expected to take off in these particular neighborhoods, as this is where demand is currently the highest.

According to RedFin, 1,789 homes have sold within the last 90 days. That is to say that there is currently a lot of housing activity. Moreover, that activity looks to be stable. Annual residential turnover is just under 20 percent, and the average family spends about 3.5 years in their respective home. Activity should continue to support both a healthy market and Sarasota real estate investing.

Perhaps even more encouraging, the population has increased 9 percent since the turn of the century. Experts expect this trend to continue as the recovery gains traction. The economy will benefit from an influx of new buyers, and local fundamentals look to be able to support the increase. All in all, the Sarasota housing market looks strong and should be a good place to invest for years to come.