With the expansion of the economy well underway, it is hard to argue that the housing market is in a state of sustainable recovery. Existing home sales have been increasing gradually since the worst period of the recession. Home sales jumped 6.1 percent in March to a seasonally adjusted annual rate of 5.19 million in March from 4.89 million. That is the highest annual rate in 18 months. Sales have increased year-over-year for six consecutive months and are now 10.4 percent above last years levels – the highest annual increase since since the last quarter of 2013.

While more homes are selling, they are also selling at a faster pace. On a national level, properties typically stayed on the market for a shorter time period in March (52 days) compared to February (62 days), and are also selling slightly faster than a year ago (55 days). Short sales were on the market the longest at a median of 165 days in March, while foreclosures sold in 56 days and non-distressed homes took 51 days. Forty percent of homes sold in March were on the market for less than a month.

Not surprisingly, eight of the top 10 fastest selling markets are in California. In fact, the top three spots are reserved for San Francisco, San Jose and Oakland. At least 70 percent of homes in these three areas sold in two months or less.

On a national level, 40 percent of homes moved off the market in the two-month period, a slight increase from 38 percent during the same time in 2014. On average, lower-priced homes in the fast-moving markets sold the quickest, with half still on the market after two months.

The following represents the top 10 fastest selling markets in the country: 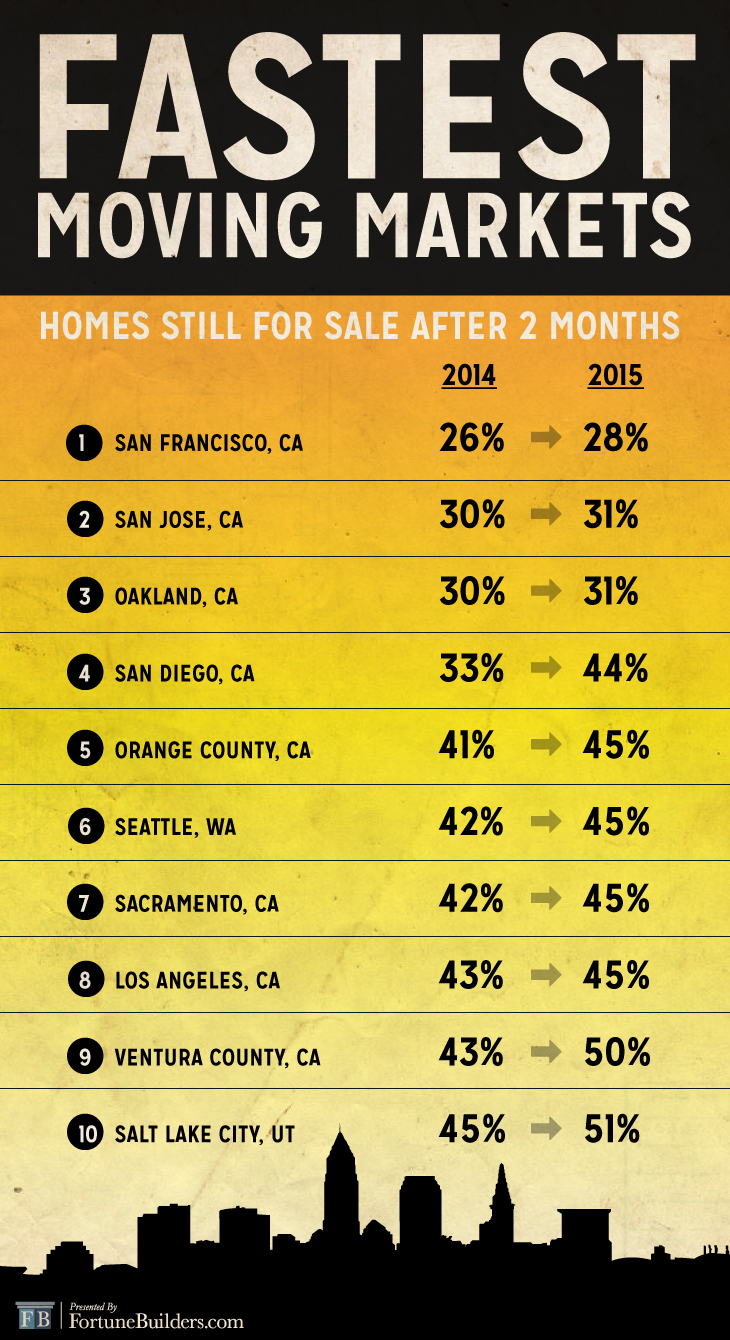