As the nation’s economic status continues on the path to recovery, the real estate market has become the beneficiary of significant improvements. Of interest to analysts, however, are several individual cities that have demonstrated an increased propensity for the stimulation of our housing sector. According to Realtor.com’s Turnaround Towns Report, 10 cities in particular are responsible for leading the nation towards recovery.

Their findings acknowledged a 14.4 percent drop in the median age of inventory over the last year. Homes are currently lasting an average of 83 days on the market. The average listing price for those houses increased 5.4 percent from the second quarter of 2012 and the median listing price is now sitting at $196,000. On a national level, the number of homes for sale dropped by 10.3 percent. Approximately 1.8 million homes were listed on any given day in the second quarter of 2013. 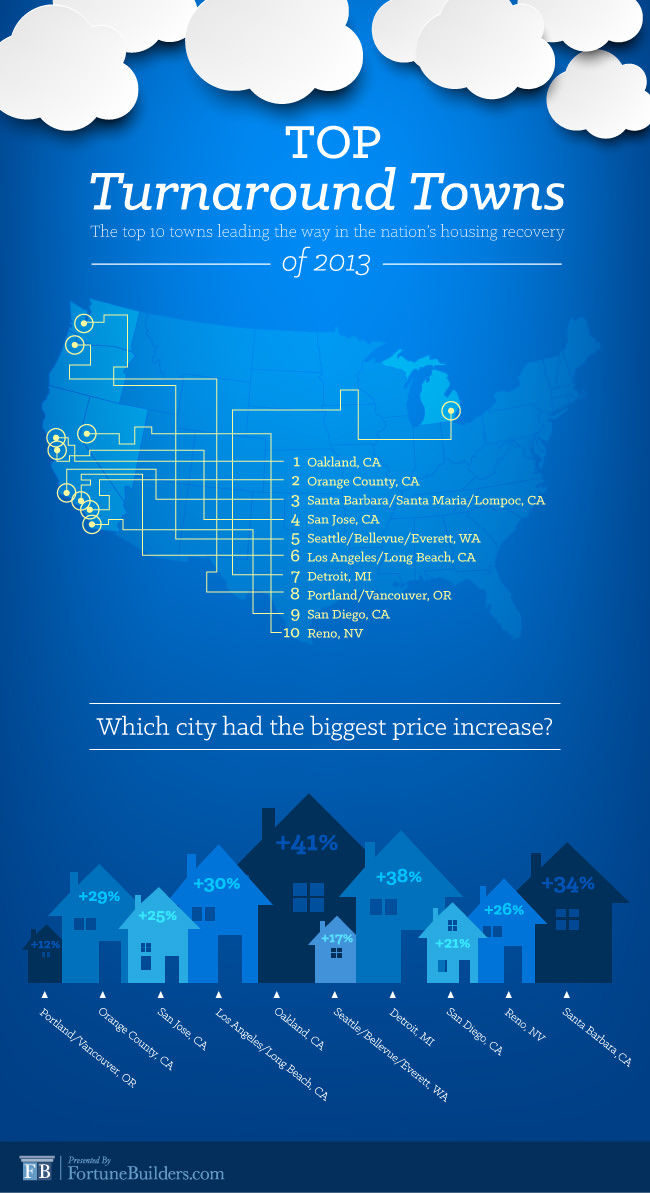