The expansion of the economy has greatly influenced the direction of the Tucson housing market. Subsequently, the recent success of Tucson real estate is directly correlated to the economic improvements witnessed across the country. Tucson real estate had a good 2014 and this year shouldn’t be an exception. There is already a healthy amount of listings on the market because of the highly anticipated spring selling season. For what it is worth, the entire Southern Arizona housing market is off to a hot start.

Even though prices may have tempered as of late, the Tucson housing market was the beneficiary of significant appreciation over a three-year period. At a rate of 34.3%, homes in Tucson have appreciated more than 6% than that of the national average. It was that rate that served to pull the entire housing market out of a prolonged period of post-recession price weakness. Nevertheless, homes in the area are now worth an average of $176,100. On a national level, homes are worth about $216,567. 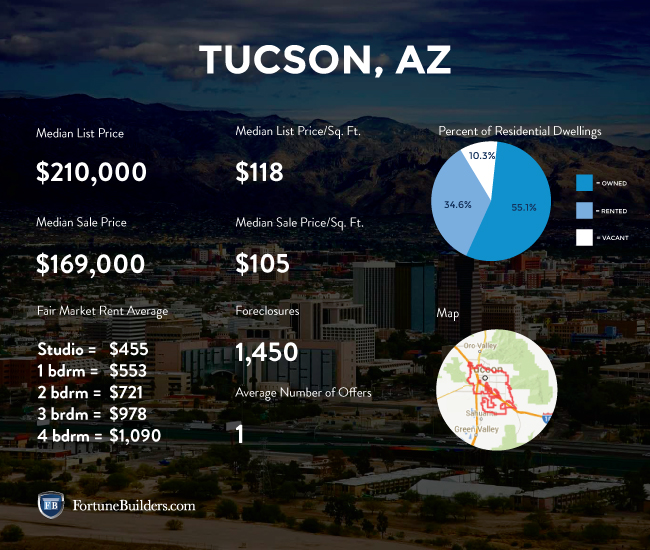 When the recession hit, a lot of the Arizona markets were hit the hardest. However, having said that, local markets only had one way to go: up. Tucson was one of the markets that took advantage of the economic expansion and ran with it. As a result, homeowners in the area have seen a lot of equity return to their properties. The following highlights how much equity has been gained relative to the year of the home’s purchase:

No more than two-years ago, Tucson was on the list of best cities to find a job. However, as the wake of the recession still resonates across the country, the Tucson job market has seen its stock tumble. Job growth is well below that of both the state and national growth rates, of 2.0% and 1.9% respectively. Of particular concern, however, is the decline witnessed in population and household gains. Inefficiencies in both of these areas continue to dampen residential real estate activity.

Tucson’s unemployment rate is slightly higher than the national average, but has shown signs of improvement. In the past year alone, the Tucson unemployment rate has dropped from 7.1% to 6.0 percent. Comparatively, the national average is resting just under 6 percent. Fortunately, the Tucson job market is expected to grow in the coming year. Experts predict that the amount of jobs will increase and population growth will return to a healthy level. Local spending should, therefore, increase, supporting the Tucson housing market. Despite obvious headwinds, Tucson will continue to grow in 2015 and beyond.

Unlike its neighbors to the west (San Diego and Los Angeles), most of the Arizona housing markets remain relatively affordable. Even in the face of historically high appreciation rates, the Tucson housing market is more affordable than most others across the country. While below historical levels, the average homeowner in the United States can expect to put 16.3% of their income towards mortgage premiums. On the other hand, Tucson homeowners only allocate 10.8% of their income towards mortgage payments. With the free income, residents of Tucson are more inclined to inject money into the economy, allowing it to grow at a healthy pace. 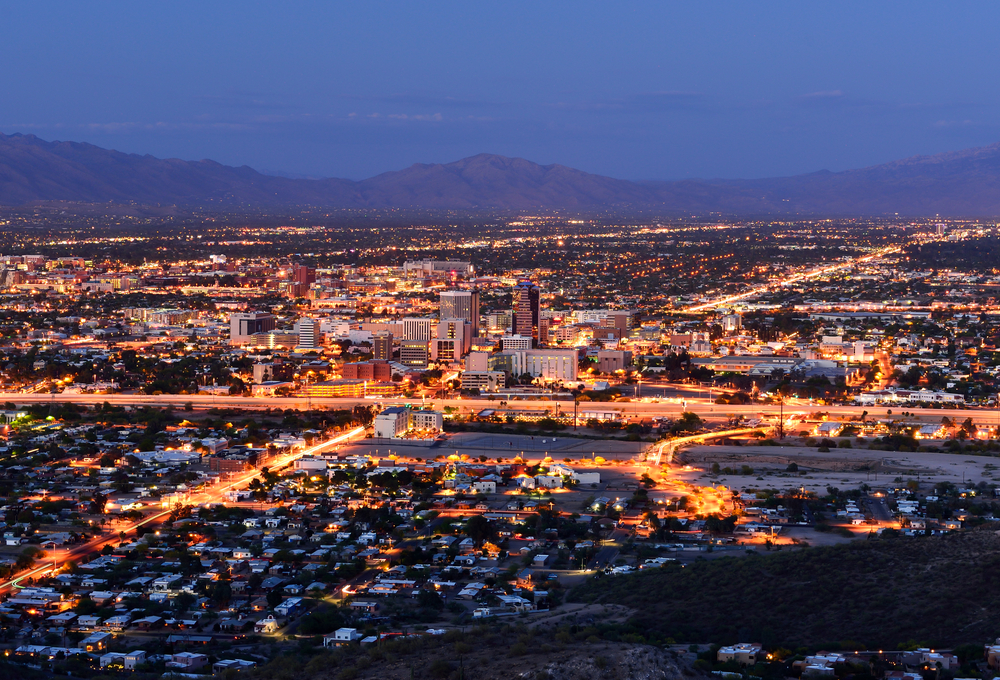 While the economy in Tucson is currently facing an uphill battle, experts familiar with the local market are encouraged as to the direction it is heading. According to Zillow, the number of delinquent homes in Tucson represents approximately 4.2% of all homeowners. On a national level, owners behind on payments represent 6.4% of all homeowners. That said, delinquencies are less of a problem now than they were in the past. However, homeowners that are actually underwater are another concern. More than a quarter of the homeowners in the Tucson metro area owe more than their home is worth.

Tucson, like every other market in the country, has recovered at its own pace. In fact, the recovery can be seen locally in the Tucson housing market. That said; certain neighborhoods have done better than others. According to Trulia, the following neighborhoods appear to have received the most attention:

Within this list, both Rita Ranch and Civano are attracting the most interest. For all intents and purposes, these are the two most popular neighborhoods in the Tucson housing market. However, outside of the most obvious, investors should consider Mulberry Meadows. With an average listing price of $42,950, Mulberry Meadows recently increased its average listing price by more than 34% in a matter of a week. At the very least, such an increase should warrant attention. 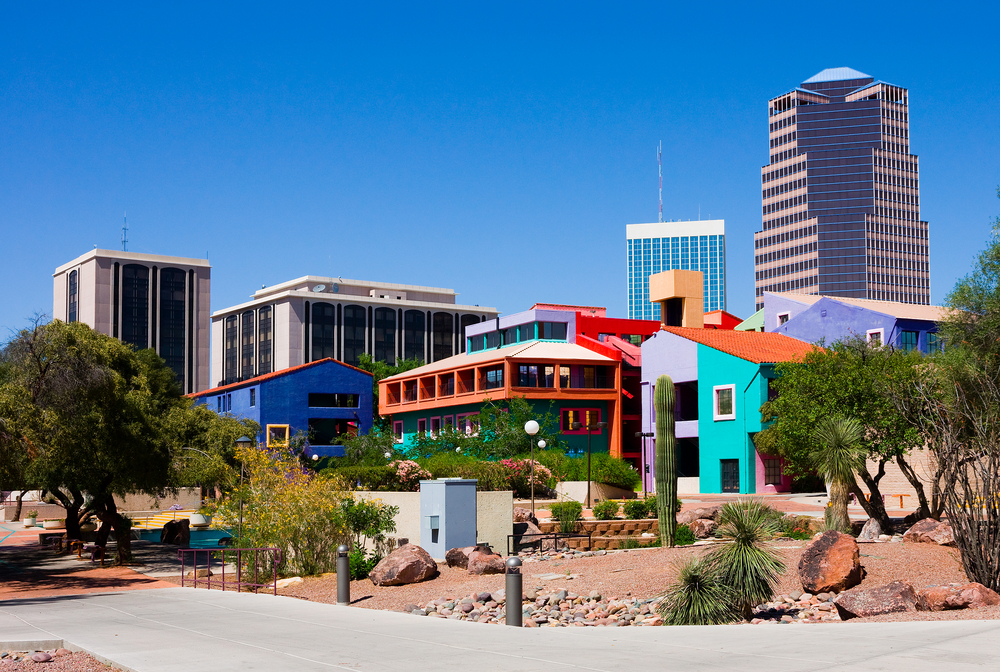 Data on Trulia’s website suggests that the Tucson housing market currently has 6,083 homes for sale. An additional 7,074 homes have recently sold. There appears to be a significant amount of activity heading into the popular spring season. Those familiar with the local economy have already announced their optimism, as Tucson is expected to see significant improvements this year and into 2016. Once the job sector picks up the slack, there should be nothing holding back Tucson from prospering for the foreseeable future.

The current median home price in the Tucson housing market is $178,100, up slightly from last quarter. Appreciation rates have remained relatively stagnant, and are sitting at 1.4 percent on the year. On the other hand, the job sector has made improvements. The unemployment rate has improved to 4.9 percent, and continues to outpace the national average.

It didn’t take long for the state of Arizona to become the poster-child for the Great Recession, and the Tucson housing market had something to do with that. There is no denying the impact the recession had on Tucson real estate. Even to this day, Tucson foreclosure number in the fourteen-hundreds (1,442), according to RealtyTrac. That is nearly half of the total number of homes that are for sale, and 76 percent higher than this time last year. In fact, there are 32 percent more foreclosures this month than there were just last month. Of course, the distressed property market is something the Tucson real estate investing community can get behind.

Of the distressed properties currently on the market, 55.1 percent are bank-owned, meaning they are acting as non-performing loans on banks’ books. That number is up an impressive 105.3 percent from last year, and something the Tucson real estate investing community looks forward to taking advantage of. There is no doubt many deals will come from this sector. The remaining foreclosures are all going up for auction, serving as another source of deals for investors.