Chinese homebuyers accounted for nearly one-third of Vancouver’s real estate market during 2015, spending approximately $9.6 billion of the $29 billion of total real estate sales, according to a new study by the National Bank of Canada.

National Bank financial analyst Peter Routledge, who compiled the data, said that Chinese homebuyers occupied 33 percent of the total housing volume in Vancouver’s real estate market, and 14 percent of purchases in Toronto – or about $6.7 billion of the $47 billion in deals.

In the United States, Chinese investments for real estate properties skyrocketed from just $4.1 billion in 2009 to almost $29 billion in 2015.

Routledge, who called the study a “back-of-the-envelop attempt, calculated the results using two sets of data: the U.S. National Association of Realtors (NAR) and a Financial Times survey of 77 affluent and high net worth individual from China.

[ Ready for a financial breakthrough? Take any one of WealthFit's best-selling financial & business classes today for FREE! ]

The analysis from National Banks comes after the federal government’s budget announcement Tuesday that it will spend C$500,000 (US$377,000) to track foreign homebuyers.

“Investing only 25.7 percent of the cost of an average price of a detached home in Vancouver is, at the very least, a touch on the low side,” said Routledge, who cautioned that his analysis was a hypothetical approach but said the study highlights the importance of collecting better data on the influence of foreign investment and immigration on housing market affordability.

“Ultimately, the issue of foreign capital flows into Canadian residential real estate markets is a local one, the responsibility for which lies with municipal and provincial governments,” Routledge said.

Housing critics have long debated that offshore buyers are driving real estate prices in Vancouver higher than locals can afford. According to the local real estate board, the average price of detached home in Vancouver increased 30 percent to C$1.8 million in February from the prior year.

Last month, British Columbia Premier Christy Clark said B.C. Housing has been studying the issue for more than a year and will need help from the federal government to comprehend the data.

“I think with more data, we’ll be able to get a grasp on how to address it better because affordability, especially in the city of Vancouver, less so in the suburbs but certainly there was well, is a real issue and we have to find ways to address it,” Clark said.

“In my many visits to Vancouver, people have highlighted to me the concerns they have about home ownership there,” said Trudeau.

He added that the federal government could “eventually be able to work with the province and the municipality perhaps on countering some of the things we find.

“We need to make sure we have some good data to do that and that’s exactly what we started doing.”

Are you ready for a financial breakthrough?

Click the banner below to take any one of WealthFit's best-selling financial & business classes today for FREE! 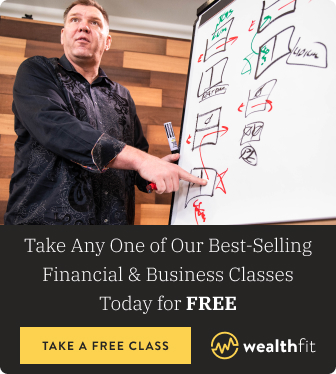