Discretionary Income vs. Disposable Income In 2022

Everybody has non-essential expenses. We all need to see a movie now and then, or go out to dinner, or buy a new video game. Whatever our particular habits, everyone needs a little spending money. This money, oftentimes called discretionary income, is what separates having financial freedom from living hand-to-mouth.

What Is Discretionary Income?

Before we go any further, let’s start with the basics; what is discretionary income? Broadly speaking, discretionary income is what you or your household have leftover after all of life’s necessities are paid for. These necessities include all the basics, like rent, utilities, your mortgage, your car, groceries, budget auto insurance, and so on. Anything essential for your well-being is considered an essential expense, including the following:

Non-essential expenses include everything else. This can be a material good, like a new smartphone or a fancy handbag. It could also be something less material, such as a vacation, or even an investment or savings. Any money you can spend on these non-essential expenses is discretionary income, often referred to as “expendable income.” In fact, the two terms are interchangeable, and economists will switch between the two of them freely. The same is not true for discretionary income and disposable income. These are separate concepts, and we’ll discuss the differences in detail in a later section. 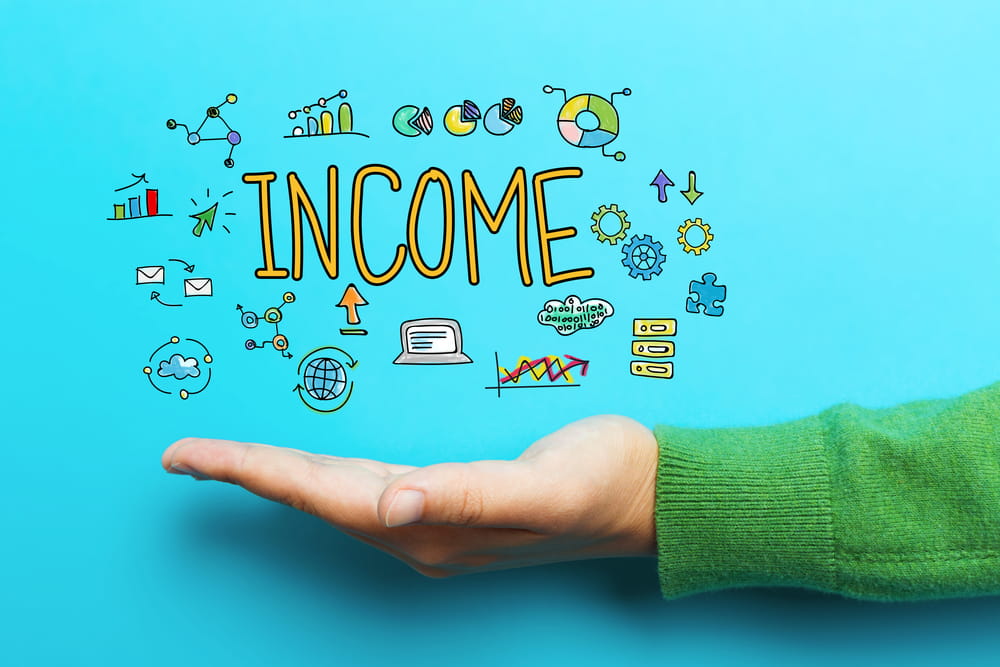 Another thing to consider is what happens when people spend more discretionary income than they have. This is what happened in 2005, when the US savings rate went negative for four months in a row; people were actually spending more than they earned, and using debt to do it. This helped fuel the mid-2000s economic bubble, which burst in 2008. At the same time, it’s important to remember that it’s normal for aggregate discretionary income levels to fluctuate over time. This is just common sense. When the economy is good, people have more money to spend; when it’s not doing well, people will have less money.

Disposable income is the money left over after an individual or a household have paid their income tax. This makes it easy to calculate. If you earned $50,000 last year and paid $15,000 in taxes, you have a disposable income of $50,000 – $15,000, or $35,000. That’s the money you have left over for necessities, investments, personal expenses, savings, and pretty much everything else. Of course, you won’t know your exact tax bill until you file your taxes next spring. But unless you’ve gotten a major raise, you can get a pretty good estimate just by looking at last year’s tax returns. If you want an even better estimate, take an average of the last three or four years.

How to Calculate Discretionary Income

So, how do you calculate discretionary income? There’s a simple formula. It’s:

Thankfully, student loan providers aren’t allowed to ask for all your discretionary income. Instead, they’ll ask you to pay between 10% and 20%, and in most states, they’re not allowed to ask for more than 15%. Using our example of $42,000 per year, your discretionary income would be $3,500 per month for student loan purposes. At a rate of 10%, your loan payment would be $350 per month.

How to Grow Discretionary Income

There are only real two sides to the discretionary income equation: income and expenses. So if you want to grow your discretionary income, there are two ways: increase your income (make more money), or lower your expenses. There are plenty of online guides to earning more money so that we won’t belabor the point. Instead, let’s focus on ways to cut down on the expense side of the equation. Remember, every dollar you save on necessities is another dollar that’s now discretionary income.

Other than your rent or mortgage, your biggest expense is probably your utility bills. Over the course of a year, you may spend thousands of dollars on power and water alone, and all of that cuts into your discretionary income. Try using cooler water for your showers, buying energy-efficient appliances, and leaving the air conditioner at 70 degrees instead of 68. You’ll be surprised how fast the savings add up.

If you’re trying to increase your discretionary income, it might seem counterintuitive to spend even more money; but if you’re spending your money in the right places, it actually makes a lot of sense. All debt comes with interest, even “good” debt like college loans or a mortgage, and the longer it takes to pay off the debt, the more the interest adds up. Conversely, the faster you pay off your loans, the less you’ll be paying in interest over the long term. So while paying off loans faster might not increase your income in the short term, it means you’ll have more disposable income as soon as the loans have been fully paid off.

When you think about discretionary income, nutrition probably isn’t the first thing that comes to mind; what in the world does your diet have to do with how much discretionary income you have? As it turns out, it can have a major impact, particularly if you spend a lot of time on the road. Restaurants aren’t cheap, and even fast food costs significantly more than it would if you cooked your meals at home. By planning meals in advance and preparing them at home, you can put a huge dent in the amount of money you spend on food; you’ll also be eating healthier, and putting more thought into what you eat.

In the United States, having a car is practically a necessity for getting around our vast suburban landscapes; but depending on where you live, public transport can be a much more affordable way to get around. If you’re in a major metro area, drive to your local rail station and take the train into the city. If you live in the city, you can leave your car parked most days and take the bus to work instead. To begin with, this is a better choice for the environment, and you’ll feel better about yourself; but public transportation is also significantly cheaper than buying gas, which means you’ll spend less on transportation.

Nobody wants to pay taxes, but everybody has to pay something; that’s just the price we pay for living in a well-ordered society. But there’s no point in paying more than you have to. Tax rules were put in place for a reason, and there are oftentimes plenty of legitimate ways to reduce the amount of money you have to pay; for example, you can take advantage of the many deductions that most people don’t bother to learn about. A tax advisor or accountant can be helpful in this regard; you’ll have to pay for their services, but they can save you far more than you’ll pay them.

Depending on where you live, you might be paying far more than you need to for your housing. Why overpay for your life’s biggest expense? If you live in an expensive neighborhood, consider moving somewhere with more affordable housing or downsizing to a smaller apartment. If you own your home, you could even turn your old house into cash, or make extra money from some savvy real estate investments.

No matter how you cut it, discretionary income is a big part of the economic picture. For the market, it gives an indicator of the economy’s overall health. For individuals, it allows you to spend on things and experiences that make life richer and more fulfilling. And for anyone with student loan debt, it tells you how much you’re going to need to pay back per month.