The city of Amarillo, much like the rest of Texas, has taken the recovery and run with it. Home prices in the Amarillo real estate market have demonstrated a propensity towards growth, and price increases appear to be sustainable. The current median home price is $144,400, and the result of a 2.1 percent 1-year appreciation rate. The national average, on the other hand, is in the neighborhood of $203,000. Homes across the country, however, are appreciating at a faster rate than in Amarillo. In fact, over the past three years, the national appreciation rate has more than doubled that of Amarillo’s.

Not unlike the rest of Texas, the Amarillo real estate market has become the beneficiary of strong home sales. As recently as the second quarter of this year, home sales in Amarillo rose an encouraging 10.5 percent. For those of you keeping track, the increase brought total single-family home sales to 958. Statewide, Texas home sales continued to see strong demand, increasing 4.7 percent year-over-year to 88,906 home sales.

“The impact of lower oil prices continues to be delayed, leading to a surprisingly strong second quarter. In fact, Texas home sales are actually stronger than they were this time last year, when oil prices were nearly $100 a barrel,” said Scott Kesner, chairman of the Texas Association of Realtors. “This is further evidence of the strong and enduring demand for Texas real estate.”

The employment situation in Amarillo has certainly contributed to recent demand. Accordingly, the city’s unemployment rate is well below the national average, 3.0 and 5.5 percent respectively. Perhaps even more impressively, with as low as the unemployment rate in Amarillo is, it still managed to drop nearly a whole percentage point over the last 12 months. While employment is strong, however, job growth is lagging behind the national average. For Amarillo to truly realize its full potential, employment growth needs to improve upon its current 0.5 percent.

Surprisingly, new housing construction in the Amarillo real estate market is 15.4 percent below its long-term average. Single-family housing permits have declined 20.6 percent in the last year alone. The national average, on the other hand, has seen a modest 3.1 percent increase in new housing permits over the same period.

Similar to that other Texas markets like Houston and even Dallas, Amarillo still has one very important factor working in its favor: affordability. Homeowners in the Amarillo housing market only spend about 7.4 percent of their income on monthly mortgage obligations, whereas the national average is nearly twice that. Even despite recent appreciation, affordability in Amarillo is historically strong and improving.

Realtor.com data suggests that the Amarillo real estate market is a soft buyer’s market. Accordingly, demand can’t keep up with the number of homes being listed for sale. As a result, great deals on homes can still be found.

Affordability has made its way over to the rental market as well, as prices appear to be stable. If your yearly income is around $50,000, you can afford to rent in Amarillo. Rent prices have decreased by eight percent over the past three-months. This is five percent higher than the county average of $1,141 and 51 percent lower than the state average of $1,808.

According to RealtyTrac, the Amarillo real estate market has about 205 homes in some state of foreclosure (default, auction or bank-owned). While today’s number reflects a 10 percent drop from the previous month, it is up 112 percent on the year. The year-over-year increase may be attributed to the surprisingly large number of new bank-owned properties. RealtyTrac data suggests bank-owned foreclosures increased 1,300 percent in a matter of 12 months. With the increase, they now represent 50.9 percent of Amarillo’s distressed market. The remaining 49.1 percent looks to be homes that will be sold at auction.

Today’s foreclosure numbers will have a significant impact on Amarillo real estate investing, or even those looking for a house to live in. Investors, however, will appreciate the spreads these homes offer when it comes time to sell again. 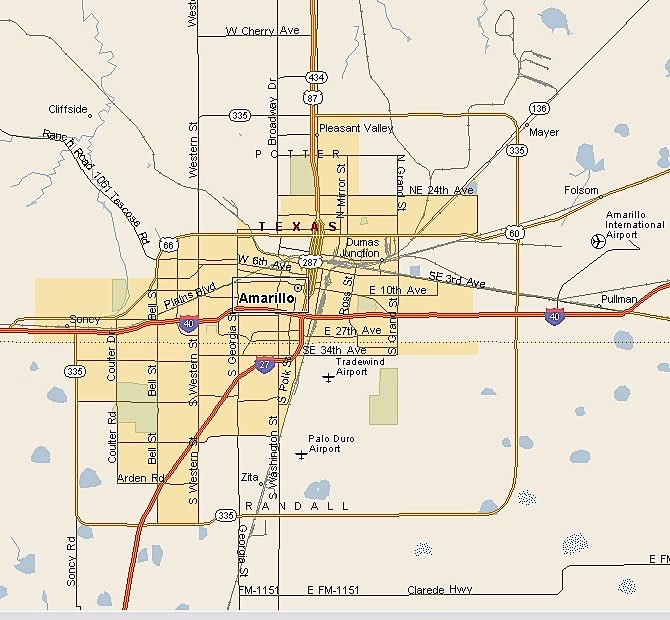