Located in one of the fastest growing areas in the country, it is not surprising to learn that Greenville, South Carolina stands out as a leader in today’s economy. Having said that, the local economic outlook should continue to support the greater Greenville real estate market for the foreseeable future. 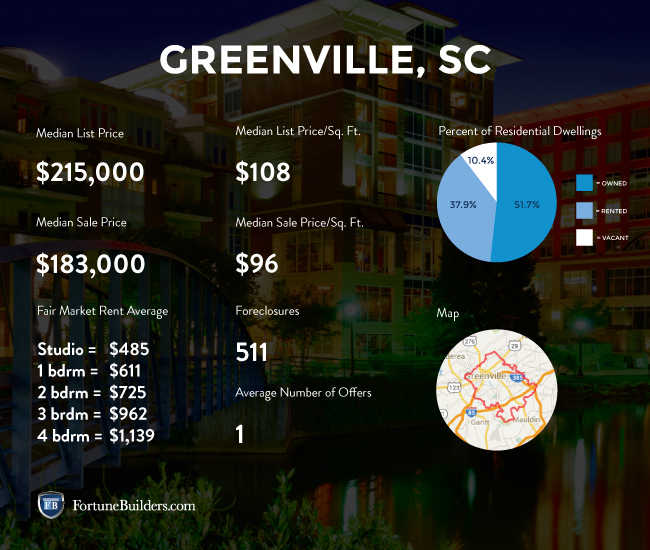 Again, prices have gone up for several years, but not at a rate that is keeping pace with the rest of the country. Nonetheless, homeowners in the area have seen equity return to their properties. Because of tapering appreciation rates, owners who purchased nine years ago are reaping the most benefits. In fact, owners who purchased at that time have gained almost $40,000 more in equity than the national average over the same period. The following highlights how much equity has been gained relative to the year of the home’s purchase:

The Greenville real estate market has the privilege of being situated in an area with promising economic expansion. In fact, the job sector alone appears primed to support both supply and demand for the subsequent housing sector. While the unemployment rate in Greenville (5.8%) is on par with the national average, it is the promising job growth rate that economists are excited about. Over the next year, economists are expecting job growth to reach 2.4 percent. In fact, the Greenville economy is already growing at a faster rate than the U.S. economy. A lot of people are moving to the area from other parts of the country.

In lieu of the expanding economy, Greenville real estate has seen a massive uptick in new construction. In fact, single-family housing permits have increased 30.6 percent over the course of a year. As a comparison, the national average for single-family housing permits barely exceeded two percent. New construction is the result of growing industries attracting more employees.

Affordability is working in favor of the local housing market. Even though affordability has dropped in recent months, it is still historically strong. That said, homeowners in the Greenville real estate market are accustom to spending about 10.4 percent of their income on monthly mortgage payments. The national average is just over 16 percent. Millennials, in particular, have found the affordability of Greenville to be a major draw. Accordingly, with prices returning to pre-recession levels in most major metros, it is harder for younger Americans to buy a home. Greenville provides the perfect opportunity for first-time buyers to get a foot in the door. That said, Greenville should see an influx of younger buyers entering the market while interest rates are still low. 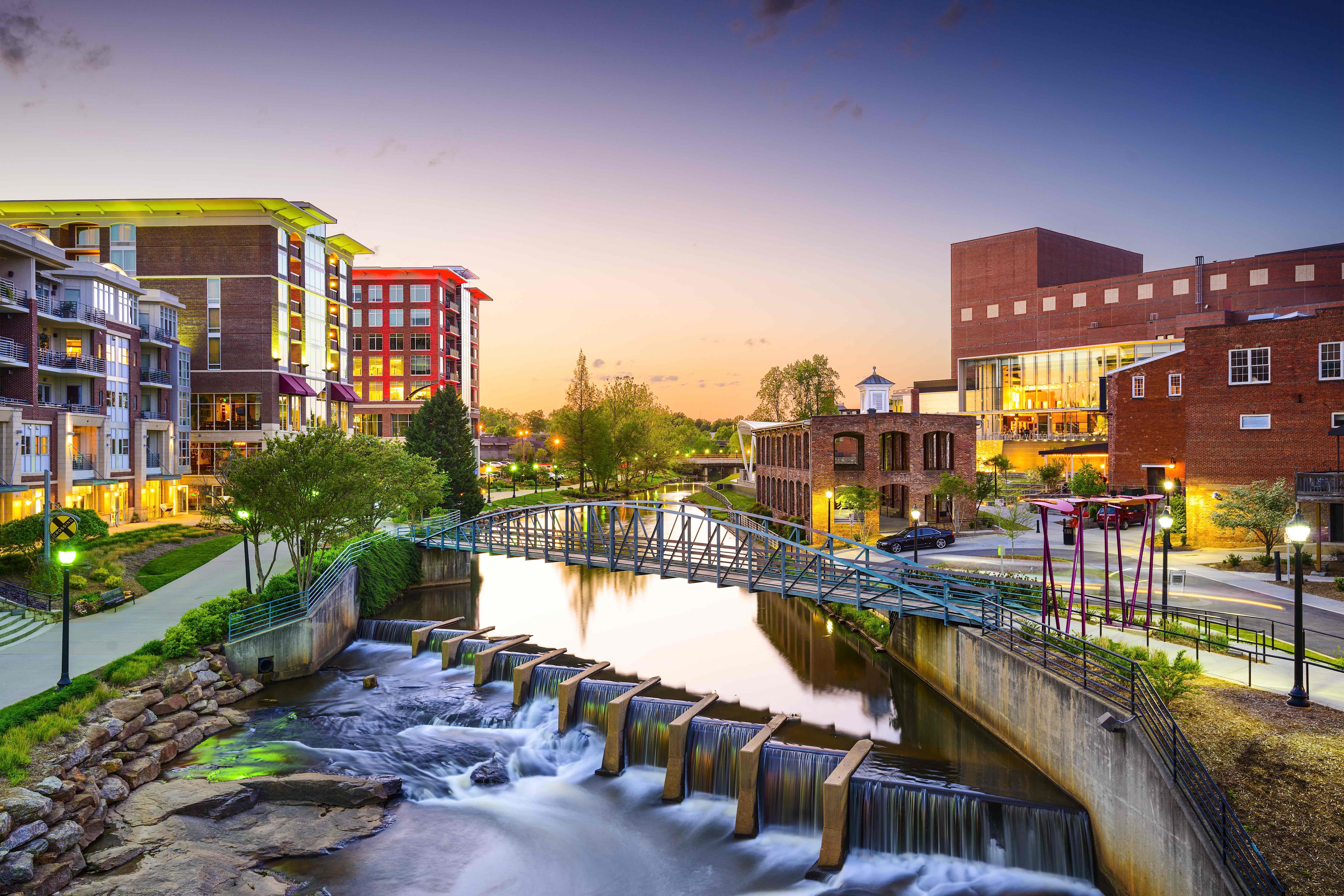 As if affordability and a strong economy were not enough, the Greenville real estate market has one of the most desirable metros. That’s right: downtown Greenville was ranked as one of the best downtowns in the entire country. Seeing as how younger Americans tend to prefer the “walkability” of city life, interest in the area will only continue to grow. According to Livability.com, Greenville made the list of top 10 downtowns: coming in at number four. Accolades for the Greenville downtown are likely due to a big push for luxury developments in the last decade. The metro now boasts high-end condos, lofts, apartments and homes that have drawn a lot of interest.

Of the homeowners in the Greenville real estate market, six percent are behind on their mortgage payments. However, that number is under the national average of 6.4 percent. So while foreclosures are still an issue in the local economy, they are heading in the right direction. According to Zillow, “foreclosures will be a factor impacting home values in the next several years. In Greenville 9.2 homes are foreclosed (per 10,000). This is greater than the Greenville Metro value of 6.7 and also greater than the national value of 4.0.”

While Greenville has not recovered from the recession as much as some experts had hoped, the next two years should see a lot of progress made. Those same experts are also confident that single-family housing starts should see a significant boost – 17 percent to be exact. The increase would bring single-family home starts to roughly 3,392. With the addition of new homes, the market is expected to return to 84 percent of “normal.” With the amount of new residents, and a growing inventory, Greenville is primed to thrive in 2015, and beyond.

The Greenville real estate market has taken today’s recovery and run with it. As a result, Greenville is now recognized as one of the fastest growing cities in the country. The local housing market is no exception. In the last three years, homes have appreciated an impressive 17.1 percent. However, in the last year alone, appreciation jumped from a modest 2.6 percent to today’s 6.6 percent. While appreciation has tempered, just like the rest of the United States, it is still heading in a positive direction. The current median home price in the Greenville real estate market is now about $167,100. Price gains appear to be sustainable.

According to RealtyTrac, there are about 510 foreclosures in the Greenville real estate market. That means that more than 500 homes are either in default, going to be up for auction, or are currently bank-owned. Either way, each represents an opportunity for savvy investors. The bottom lines these homes can potentially offer can be very attractive. The median sales price of a non-distressed home on the Greenville real estate market was $160,000. The median sales price of a foreclosure in the same area was $79,100, or 51 percent lower than non-distressed home sales. For those of you keeping track, that is a savings of nearly $81,000. At that rate, the prospect of Greenville real estate investing becomes that much more appealing.

The city’s unemployment has remained relatively unchanged over the course of one year, rising a modest 0.3 percent. However, the local labor market has proven to be more resilient than most others across the country. Perhaps even more importantly, local employment growth is strong, and higher than the national average. The strong economy in the area has certainly helped the housing market, and looks as if it will for the foreseeable future.