The Myrtle Beach housing market in South Carolina is currently in the midst of a massive recovery. Rocked hard by the market collapse and faced with multiple weather related incidents over the past seven years, Myrtle Beach real estate has faced many challenges. Despite recent years, the city has continued to thrive. With access to miles of beaches, world class golf courses and vacation attractions, the area has plenty of upside. Unemployment is on the decline and residents have more disposable income than during the recession. The market has everything it needs in place to succeed. How quickly this happens, however, depends on many factors.

The current median home price for the Myrtle Beach housing market is just under $180,000. The current price point represents an appreciation rate of 1.7 percent in the last year. Conversely, the national average sits just over $200,000, with an appreciation rate of 6.7 percent. The total days on the market and the amount of inventory are almost identical to the same time last year. The most noticeable change to the market deals with the amount of condominiums that are listed for sale. This number currently sits at 212, which is up from 174 at the end of last year. With home prices on the uptick, things are looking better for homeowners and Myrtle Beach real estate investors.

In spite of recent market growth, there are some trends that bear watching. The first of which is the local job market. Over the last twelve months, the market created 3,900 new jobs. This is a slight decline from the 4,100 it produced at this time last year. The current unemployment rate is 7.5 percent, which is much higher than the national average, and remains unchanged in the last 12 months. Unemployment in Myrtle Beach is worse than the national average, and does have an impact on buyer confidence. This could be a reflection in the seasonal nature of employment for the area, or it could be a sign of a weakening market. On a more positive note, the area is creating jobs at a blistering pace. The twelve month job growth rate is 3.4 percent, which greatly outpaces the national average of 2.1 percent. If jobs continue to grow at this pace, the unemployment problems will quickly take care of themselves. Until they do, it is something that bears watching. 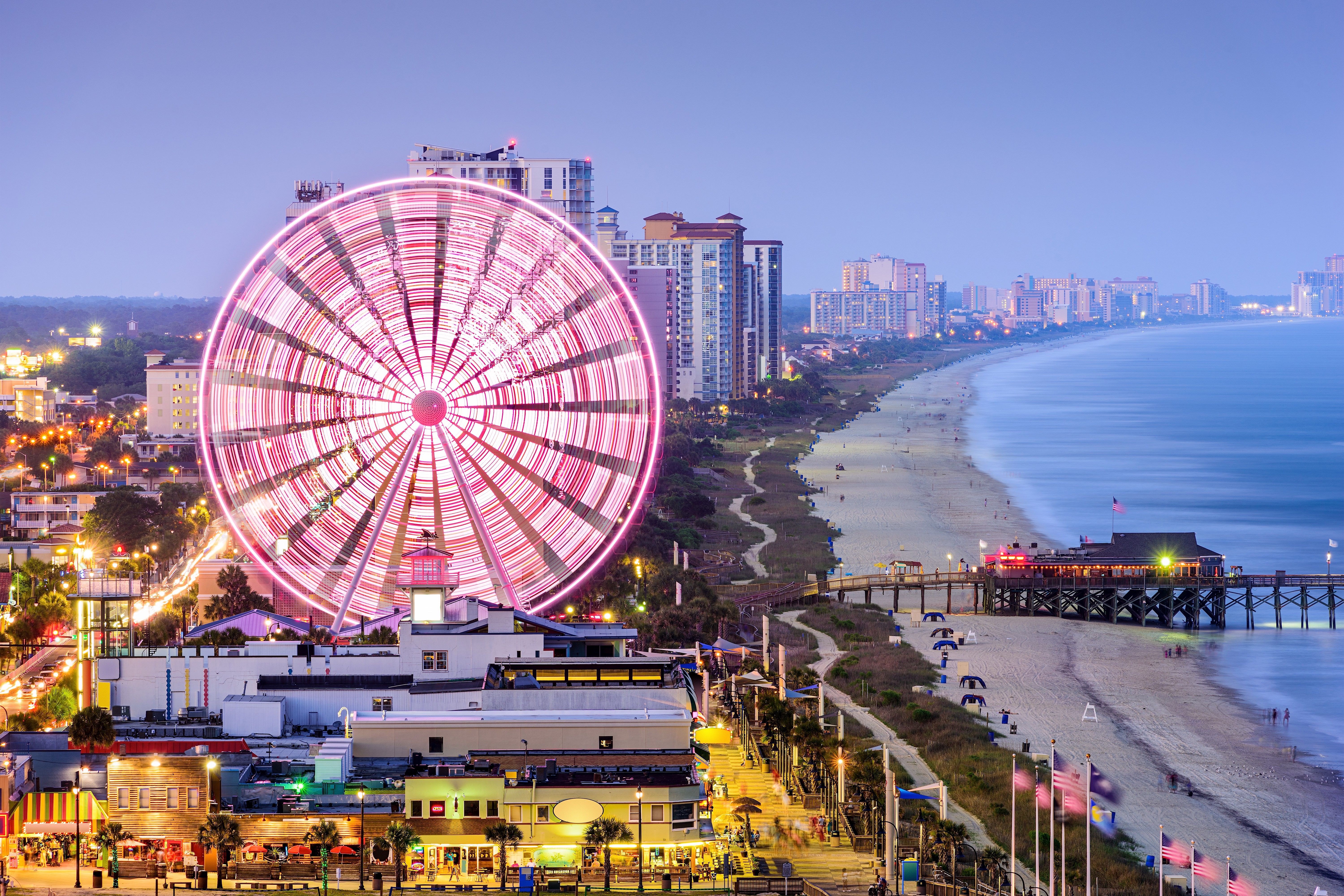 With employment trends on the rise, there are many other positive trends worth taking note of. The area may be poised to take off, as reflected in the number of new housing permits obtained. Over the last year, the Myrtle Beach housing market added close to 5,000 new housing permits. This is an increase in the eight year average of 2,500. This current level of production is almost 100 percent higher than the national average. From one year ago, there has been a 98 percent increase in permits. This suggests that the market has stabilized and inventory is in demand. A demand in inventory could equate to an increase in home prices in the short term.

Foreclosures impacted almost every market in the country, and Myrtle Beach real estate was no exception. Even though the city felt the effects of foreclosure, the area was never crippled by them. Since the real estate market began declining around 2007, Myrtle Beach managed to stay on par or below the national foreclosure average every year. Since 2011, the local market has mirrored that of the national averages.

According to RealtyTrac, the Myrtle Beach real estate market has approximately 557 homes in some state of foreclosure (default, auction or bank-owned). At that rate, foreclosures have declined 27 percent from last year. Nonetheless, Myrtle Beach real estate investing still has plenty of opportunities to take advantage of.  Of those homes that are distressed, half are in pre-foreclosure. Another 37.8 percent are to be sold at auction. The rest are bank-owned.

Myrtle Beach is a small town that borders miles of beaches. There are a large number of investment properties in the area that produce a large amount of seasonal rental income. Bad weather can have a severe negative impact on the local economy. The area is a popular golf vacation area, in part, because of the high levels of affordability and the high number of seasonal rental properties. 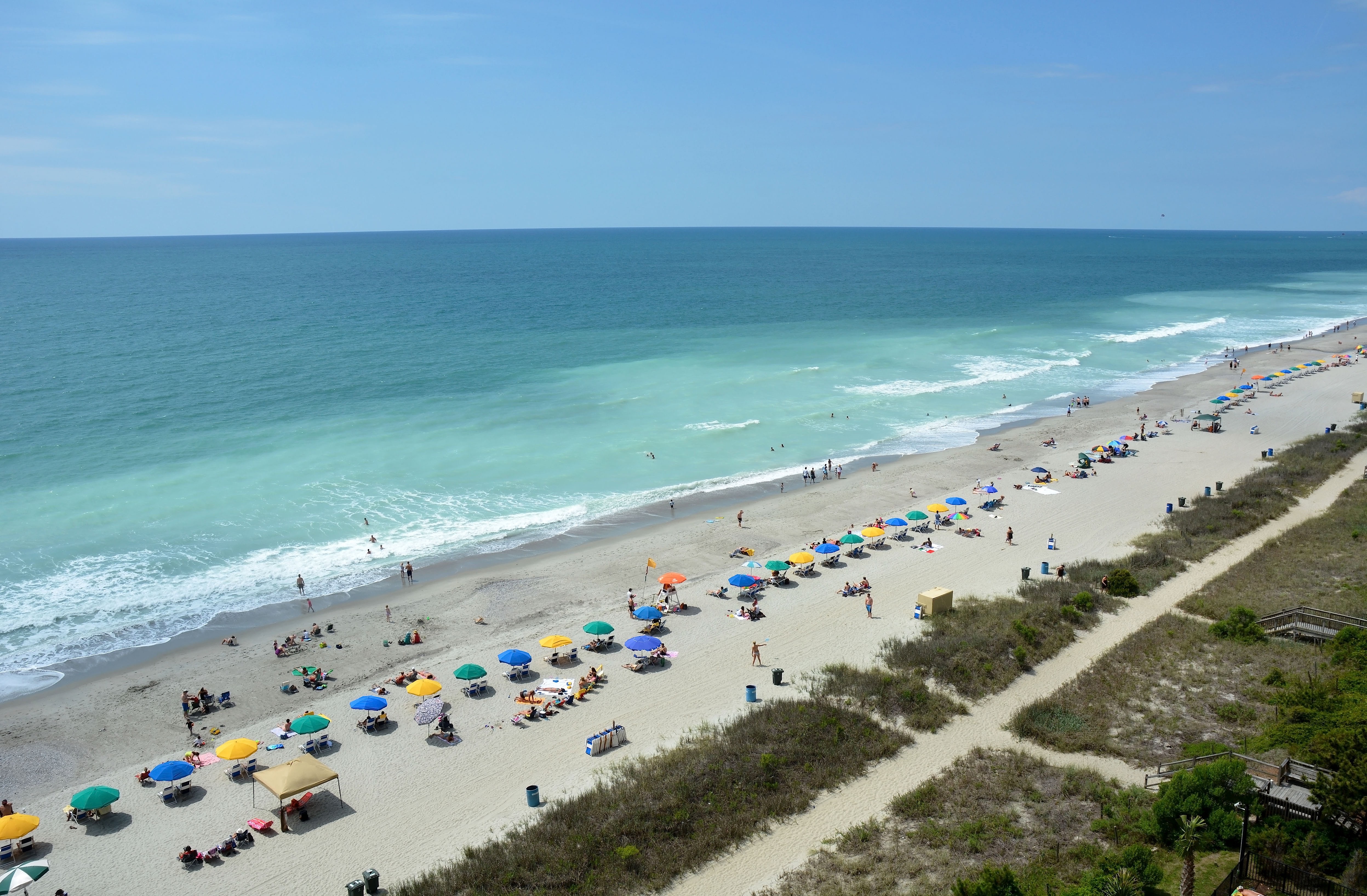 Inside the Myrtle Beach housing market, there are many areas that have shown great growth. The Aynor neighborhood has seen an increase in average listing prices near 10.3 percent. Nichols has made a 9.9 percent jump and North Myrtle beach has grown by 3.2 percent. The only major neighborhood that has seen any decline is the Longs region, which backed up only 2.2 percent. Overall, the market looks poised to have a great spring and summer season.

Things have stabilized and appear to have turned the corner in the Myrtle Beach housing market. Unemployment remains a concern but has certainly shown signs of improvement. The current batch of inventory on the market is listed at a higher price than in previous years. If these properties turn into sales, the market outlook will change very fast.