Prices in the Panama City real estate market continue to grow relative to last year. In fact, the city’s 1-year appreciation rate topped out at 14.2 percent. Over the same time, homes in Panama City have appreciated at a rate that is more than twice as much as the national average (6.7%). However, Panama City real estate was hit so hard during the downturn that homes had much more ground to make up. Even with lofty appreciation rates, home prices are now averaging $185,000. That means homes in the city are almost $19,000 less than the national average.

Homeowners in the area have been fortunate enough to see a lot of equity return to the market. With appreciation historically high, homeowners have seen an average increase in equity of $25,449 over the last year. Homeowners across the country have only seen equity rise about $15,753 in the last year. This is great news for anyone considering Panama City real estate investing.

Of course, no healthy housing market is complete without a supportive economy. That said, Panama City has an encouraging job sector that should support steady growth for years to come. The city’s current unemployment rate is 5.5 percent, the same rate as the national average. That current rate reflects an improvement of 0.8 percent over the course of a year. Perhaps even more encouraging, however, is the city’s job growth rate. Local employment growth is strong compared to other markets, and growing at a rate of 2.4 percent.

Strong fundamentals have enabled new housing construction to take off. The current level of construction is 35.8 percent above the area’s long-term average. Single-family housing permits, alone, have seen an increase of 12.4 percent in the last 12 months, suggesting that inventory has stabilized.

The Panama City housing market is more affordable than most markets across the country. However, for its own standards, it is historically weak. The average homeowner in Panama City spends about 10.4 percent of their income on monthly mortgage payments, whereas the national average has exceeded 14 percent. So while Panama City is less affordable than it has been in the past, it is still going to draw the attention of first-time buyers and those on a tighter budget. The area’s cost of living should give confidence to anyone considering buying a home here. At $47,000, the cost of living in Panama City is 10.6 percent less than the state average. These numbers could explain whey the population has increased 3.8 percent in the last year.

Affordability is only made more visible with the area’s very apparent foreclosure problem. According to RealtyTrac, the Panama City real estate market has about 1,007 homes in some state of foreclosure. Each of these distressed properties is either in default, going to be sold at auction or are in pre-foreclosure. Regardless of the home’s scenario, this particular market should entice the entire Panama City real estate investing community.

Despite having so many foreclosures, Panama City has actually reduced the amount by 25 percent from last year. The biggest drop can be seen in those that were to be placed up for auction. Now representing 32.8 percent of the distressed market, auction foreclosures dropped more than 50 percent from the previous year. Bank-owned properties, however, still make up the majority of the distressed market with 41.6 percent.

Panama City, much like many of its Florida counterparts, has benefited immensely from foreign investments. In what many people have dubbed the “Miami Effect,” investors have fled the increasing prices of Miami to test the waters in Panama City. After the building boom, Panama City was left with an oversupply of apartments that has been steadily absorbed by foreign investors in recent years. There presence has brought an influx of money and activity to the area that has helped remove Panama City from a period of post-recession weakness.

The Panama City real estate market was hit hard by the recession, and the Gulf oil spill did nothing to help the city’s situation. However, the expansion of the U.S. economy and a number of strong indicators has put Panama City in a position to thrive in the coming years. Buyers and sellers are responding to the economic growth and a desire to be part of the booming city, a true sign of a healthy residential market. Look for Panama City real estate to make up a lot of ground. 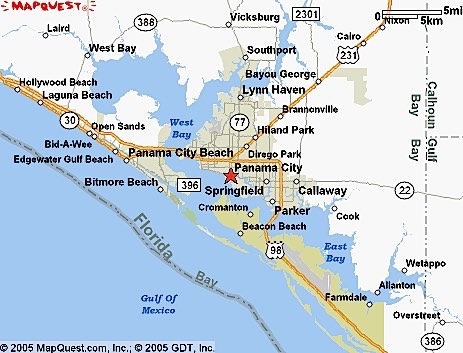