While a lot of the real estate markets in Canada are experiencing wild price swings, Winnipeg has shown remarkable consistency. Posting similar numbers for both sales volume and price over the previous year, the Winnipeg real estate market is one of the steadiest in all of Canada. While some may see the trend, or lack thereof, as a negative, it offers a chance for investors to get into the area before major price appreciation hits. It also speaks to just how attractive the local market has become. Not only is Winnipeg one of the most affordable markets in the region, it also boasts a steady, consistent economy. Markets like Winnipeg typically only have one way to go: up. As a result, we should see a lot more activity within the Winnipeg real estate investing community.

The average sales price in the Winnipeg real estate market is expected to rise a modest 1.3 percent to $277,000 in 2015. While a one percent increase is average in most markets, it is well below powerhouse markets Toronto and Vancouver, both of which are expected to rise close to 10 percent this year. The average price for a detached bungalow in the second quarter of this year is $316,000; well below the national average of $438,938. The average price for a two story home in Winnipeg is $340,000; which is well off the national average of $471,000. The average for all Winnipeg properties is just over $277,000. Over the past year, the Winnipeg housing market has virtually mirrored the previous year’s month in terms of average sales price. Since 2011, there has been little change in this number month to month between $250,000 and the high water mark in December 2013 when the average reached $300,000. The growth is not nearly as high as other markets, but Winnipeg is far more consistent. It is this consistency that makes Winnipeg real estate investing so appealing.

Surprisingly, the condominium sector has not worked to the advantage of the Winnipeg real estate market. The average condo price fell 1.5 percent to $205, 968. At that time, national condo sales were up 3.9 percent. Total condo sales for Winnipeg are off 22 percent for last month, and 17 percent on the year. One of the reasons could be the influx of local condo inventory. There were close to 1,000 listings on the market, which is up almost twice as much from the same time last year, and 35 percent from two years ago. This increase of inventory has led to a buyers’ market for this property type. Twenty-nine percent of all condo sales fell between $150-$199,000. The average days on the market for a condo rose from 34 to 41. Where the rest of the country might see a sluggish market, many local residences see one that it highly affordable. Condo sales throughout Canada, and particularly Winnipeg, make up over 10 percent of all real estate transactions. This is an important sector of growth in the local area. 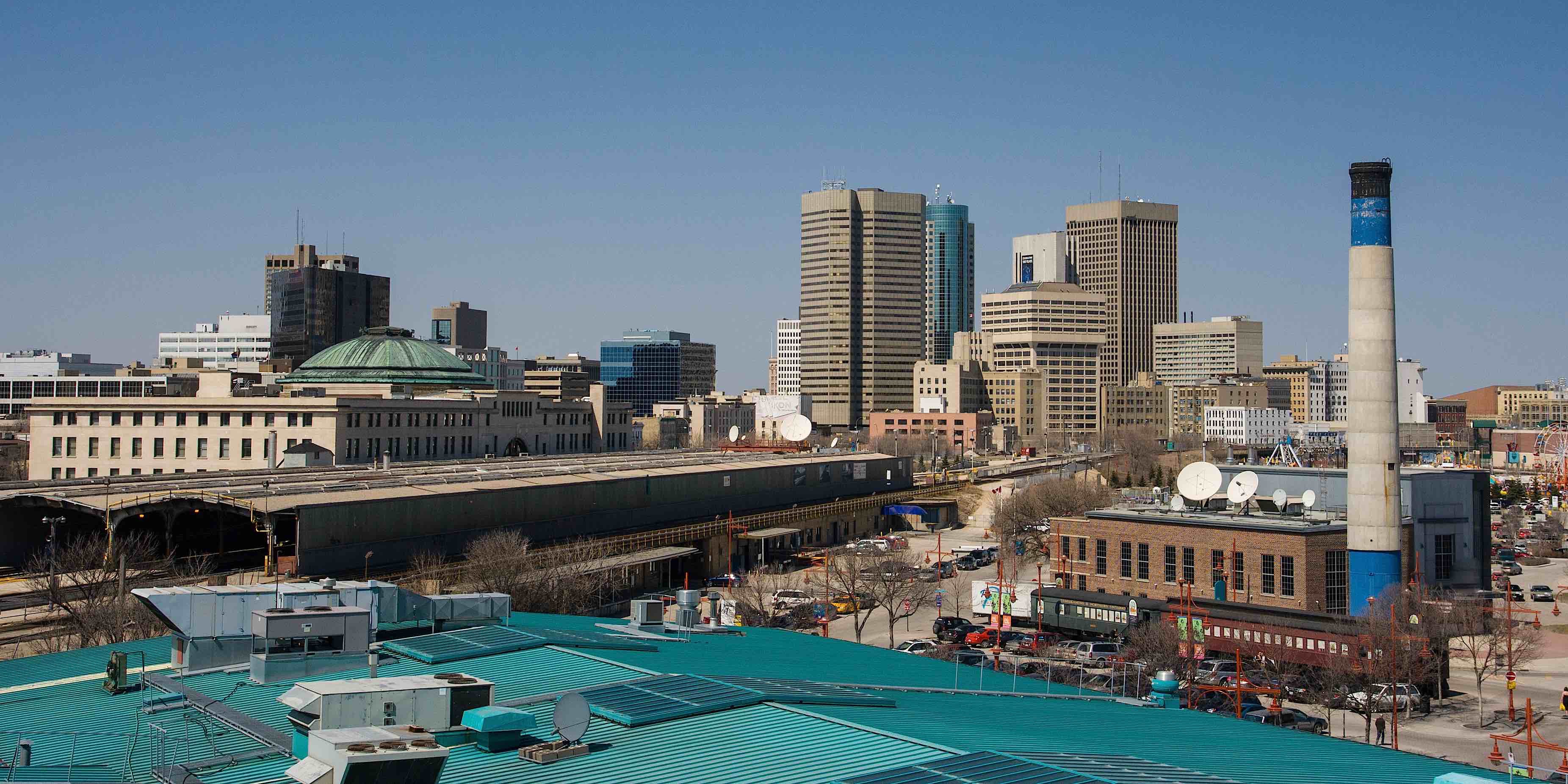 One of the strengths of the Winnipeg real estate market is the strengthening economy. The Conference Board of Canada recently said that the Manitoba real gross domestic product (GDP) will grow by 2.8 percent this year. The board also predicted it will continue this growth in 2016 and lead all provinces in this area. By the end of the year, Manitoba is expected to have the second strongest economy, behind only British Columbia. Where other provinces are experiencing question marks regarding oil prices and weakening economies, this projected growth is impressive. The conference board also predicted a 6.1 percent growth in construction and the rebound of the farm sector. This is on top of an area that has lower unemployment than the national average and has added local jobs in recent months. The level of future economic growth indicates that Winnipeg may be on the verge of taking off, and a prime real estate investing candidate.

Total sales volume in the Winnipeg real estate market has been robust to say the least. Year to date, sales are only seven percent off of the record breaking output from 2007. Over the past eight years, there have only been three June’s where volume was over 1,500 units sold, and two of those happened in the last two years. This activity is impressive, considering the high amount of local inventory. There is approximately 33 percent more inventory over the first half of the year compared to the previous year. With higher inventory levels, buyers have their choice of property type and location in their price range. There is currently 73 days of inventory in homes priced between $100,000-$500,000. The average balanced market has anywhere from 180-240 days of inventory. The fact that sales prices have managed to go up in spite of these inventory levels speak to the strength of the Winnipeg housing market.

Where the average home in Toronto or Vancouver is quickly approaching the million dollar range, the same does not hold true for Winnipeg. There are currently only 278 homes listed over $500,000 with 35 sold in the previous month. This represents a 43 percent decrease over just four weeks. Inventory in this range has increased to 246 days, up from 229 in the prior 30 days. This segment consists of only 3.8 percent of all total homes sold in the market. This not only speaks to the affordability of the area, but also to the potential growth. Unlike most other markets that are breaking sales records, Winnipeg has plenty of room to grow. This won’t happen overnight, but there are pillars in place that are ready to push the market forward.

There are two other factors for the Winnipeg real estate market that are important to note. For starters, in spite of rising inventory, the average days on the market dropped from 33 to 29. This indicates that demand is high for the area, and buyers are interested in the market. Secondly, vacant land is now the third most popular list type. Trailing only residential property and condos, vacant land is very appealing to builders. The land could also add office space, strip malls or new construction. The fact that land is so appealing could be an indicator of things to come.

The Winnipeg real estate market has not grown in leaps and bounds like other areas, but its consistency is appealing. This highly affordable area has a growing economy and stabilized employment pushing it forward. Demand is there to take the market higher in the coming years. 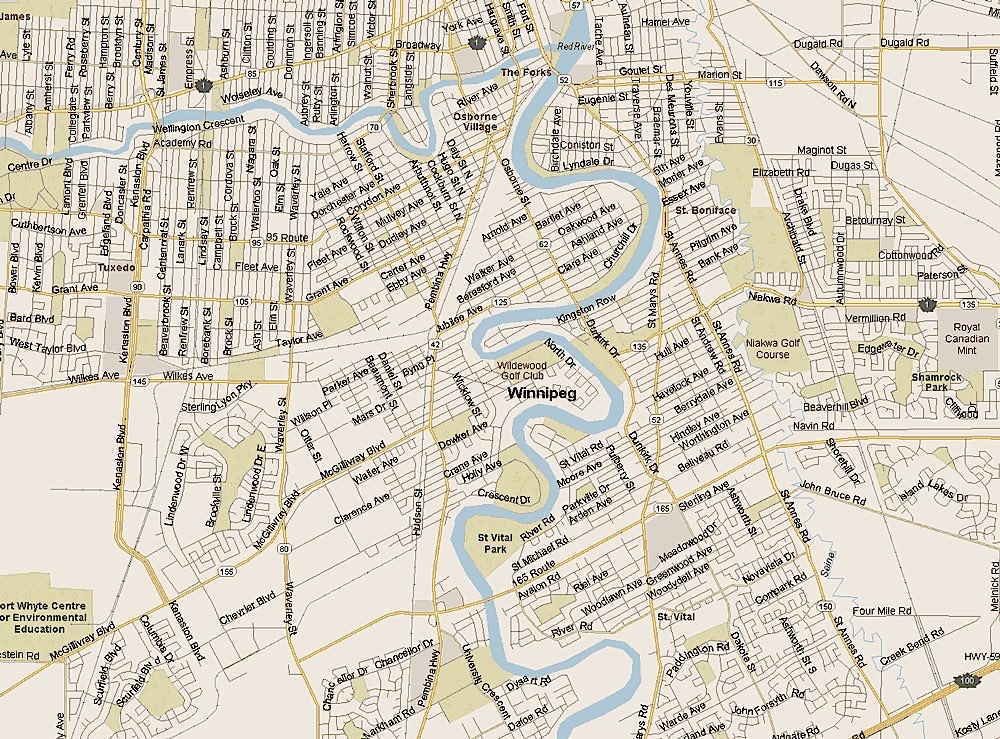