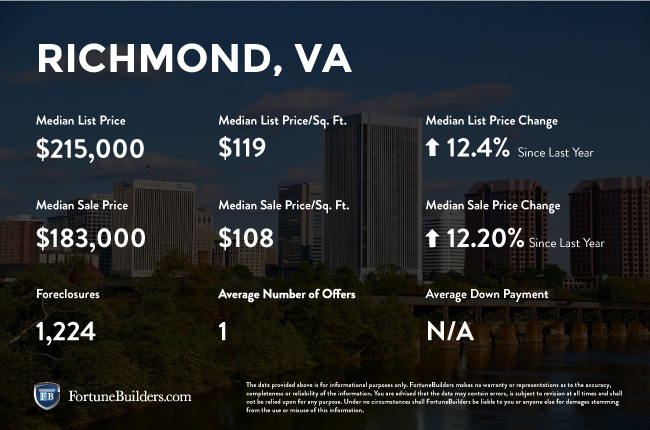 As shown above, appreciation rates for the Richmond real estate market remain below with the national average from year one to year seven. That said, price appreciation and principle payments in the last three years have boosted total equity growth since the recession.

As of July 2016, there are currently 1,208 properties in the Richmond area in some stage of foreclosure. According to RealtyTrac, the number of Richmond foreclosures in the month of July was 11 percent lower than the previous month and seven percent lower than the same period in 2015. In addition, the number of REO properties fell 43.8 percent from the previous month and 28.6 percent from the same time last year. That said, the decline in foreclosures should should  benefit Richmond real estate investors and homeowners, as well as help to ignite appreciation rates in the area going forward. 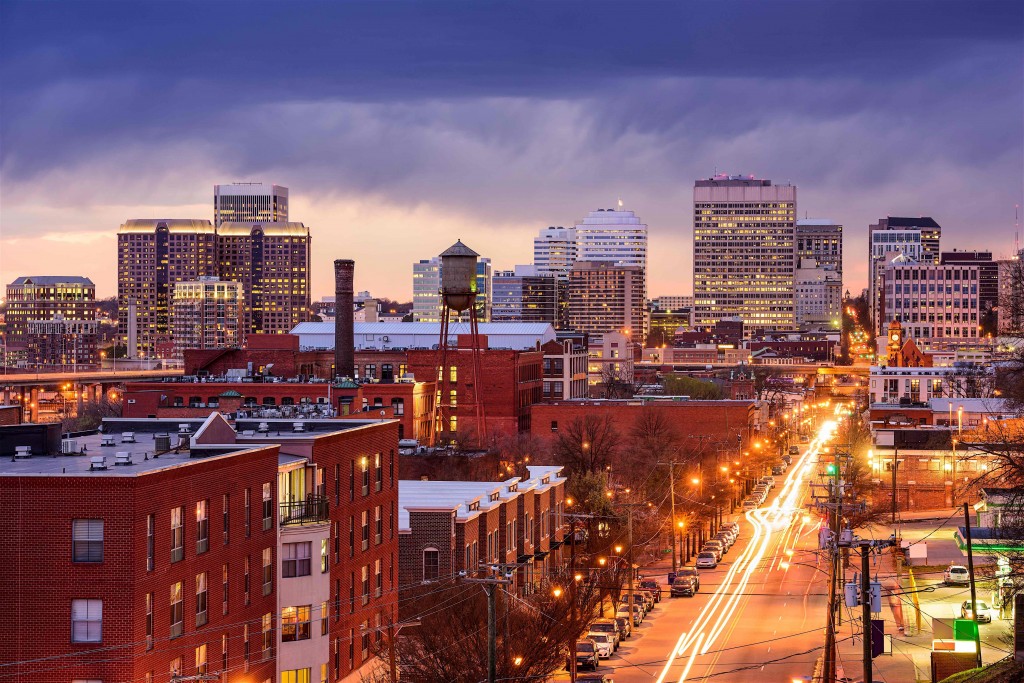 Although the Richmond real estate market continues to underperform in regards to home prices and appreciation rates, there are still encouraging aspects to consider in 2016. For example, home affordability for the Richmond housing market continued to improve, as homeowners paid 9.5 percent of their income to mortgage payments in Q1, compared to the rest of the country which paid 14.5 percent. That number is even better than Richmond’s historical average of 12.4 percent. As of the first-half of 2016, Richmond is one of the more affordable markets in the nation.

New housing construction in the Richmond area is also expected to have a positive impact. The current level of construction for the Richmond real estate market is 17.2 percent above the long-term average, while single-family housing permits are increasing by 13.2 percent, compared to the national average of 11.3 percent. Relative to last year, construction in Richmond is on the rise and suggests that local inventory is stabilizing.

Looking forward, the Richmond real estate market isn’t expected to see much growth in the second-half of 2016. The National Association of Realtors (NAR) forecasts weaker price growth in Virginia than in the rest of the U.S. over the next 12 months, with price growth for Virginia real estate currently somewhere in the neighborhood of 3.2 percent, compared to the national average of 3.8 percent. The Richmond real estate market is forecasted to remain in recovery mode, as home prices and appreciation rates look to rebound in the second-half of 2016.