The Anaheim real estate market in Southern California, like others across the state, is setting the pace for the national recovery. The current median home price in Anaheim is more than three times that of the national average. At $685,700; homes in Anaheim are well above the country’s average of $203,867. Over the course of three years, appreciation rates in the Anaheim housing market were unrivaled. In a period of 36 months, Anaheim real estate has appreciated by 41.4 percent. The national rate of appreciation over the same period was 28.8 percent – impressive in its own right. Recently, however, appreciation has tapered in Anaheim. In the last year alone, Anaheim real estate only saw an average increase of 2.4 percent. At its current price point, the Anaheim real estate market is the fourth most expensive in the country for single-family homes, just above San Diego. The only the markets where single-family homes cost more are San Jose, San Francisco and Honolulu.

With an average mortgage of $2,535 a month, Anaheim is currently a strong buyer’s market. Subsequently, inventory levels currently exceed demand. Buyers have the advantage over sellers because of the number of homes available. As a result, it is not uncommon for homes to sell at a reduced price. The Anaheim real estate market has a very competitive renter’s market. Unlike buying, rental property is much harder to find. However, demand is incredibly high at the moment.

The true strength of any real estate market is the local economy supporting it. Not unlike some of the hottest markets across the country, Anaheim boasts strong economic indicators. For starters, the unemployment rate in Anaheim is 5.2 percent. While its current rate is above the county average (4.4%), it is lower than the rest of the state (6.1%), and the national average (5.4%) for that matter. The county in which Anaheim resides (Orange) saw its unemployment rate drop to its lowest level in six years after employers added jobs at a rate of 2.3 percent.

A large part of Anaheim’s economy is dependent on tourism, as the city is home to Disneyland, one of the most lucrative theme parks in the world. Its share of tourism workers is roughly 50 percent higher than the statewide pattern. With roughly 28,000 workers, Disneyland is Anaheim’s largest employer. The county drew 46 million visitors as recently as 2014. That is a seven percent increase in the last five years, according to Visit Anaheim data. Annual visitor spending reached $10.7 billion last year – up 50 percent from the mid-recession low of 2009. It is that cash flow that boosts both job growth and consumer confidence.

According to RealtyTrac, the Anaheim real estate market has approximately 569 homes in some state of foreclosure (default, auction or bank-owned). At that rate, today’s foreclosure numbers are 11 percent lower than last month, but up about five percent on the year. The increase is due, largely in part, to banks following through with the foreclosure process. Bank-owned foreclosures are up 128 percent on the year, and now represent 20.3 percent of Anaheim’s foreclosure market. Another 29.1 percent of Anaheim’s foreclosures are going to be sold at auction. The remaining 50.6 percent are of a pre-foreclosure nature, meaning these homes are simply at risk of being foreclosed on because their owners have failed to keep up with mortgage obligations.

While these properties are typically a good indicator as to how well a local market is performing, they are great news for one niche in particular: the Anaheim real estate investing community. These homes have the potential to provide Anaheim investors with great opportunities. According to RealtyTrac, distressed properties sell for an average of six percent less than non-distressed homes. That is an average savings of nearly $27,500 per property, and a very attractive opportunity for anyone considering Anaheim real estate investing.

Located just outside of Los Angeles, the Anaheim real estate market has a lot going for it. Tourism, largely the result of Disneyland, will continue to create a need for jobs. The local economy, as a result, is more than encouraging, and should bolster the housing market for quite some time. When all is said and done, Anaheim real estate investing has a promising future. 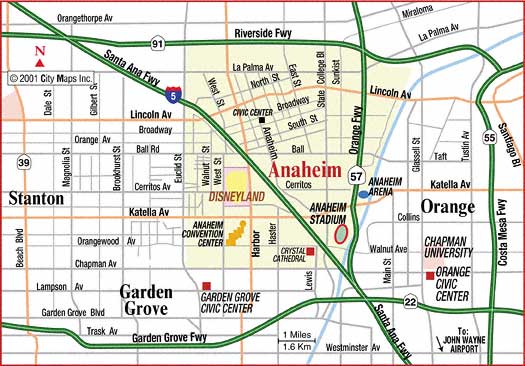