Urban Vs. Suburban Vs. Rural: What’s The Difference?

According to the United States Postal Service (USPS), nearly 16 million Americans filed for address changes within the past two years. The pandemic spurred homebuyers into action, and they’re migrating to new zip codes at an unprecedented rate.

If you are one of many who are contemplating a big move, you have a tough decision ahead of you: urban vs. suburban vs. rural. These real estate settings are so different from one another, each with unique benefits and drawbacks. Which one should you choose? FortuneBuilders defines the difference between urban, suburban, and rural locations and reveals the considerations for buying real estate in each.

Suburban is the word used to describe the outskirts of a city that are mainly residential. A suburb has a lower population density relative to an urban city but has a larger population than a rural area.

Suburbs typically offer a limited amount of shopping and entertainment. Otherwise, most suburban dwellers commute to the city for work, shopping, entertainment, and other services. 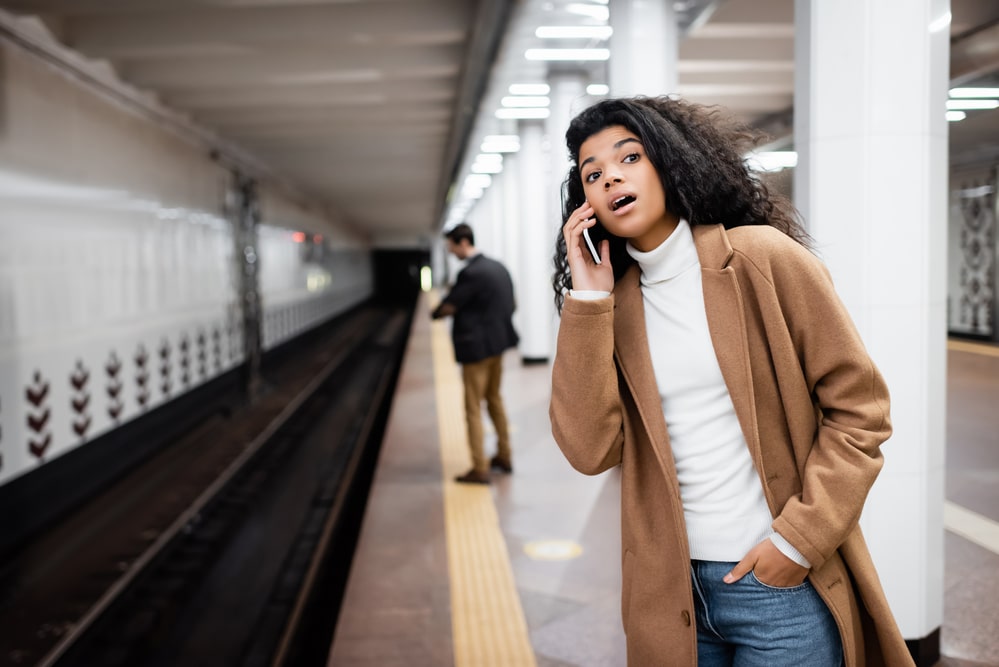 The word “urban” is an adjective used to describe the characteristics of a city and the lifestyle associated with city living.

Merriam-Webster defines a city as an “inhabited place of greater size, population, or importance than a town or village.” Millionacres suggests that a town should have a population of at least 100,000 to be considered a city. However, a true urban lifestyle is experienced in metropolitan areas that have at least one million residents.

Distinguishing urban vs. suburban can be tricky, as there is no clear distinction between the two. In the section above, we suggested that any residential area with a population of over one thousand is considered a city. However, some mega-suburbs in the U.S. are well over that size.

The best way to determine the difference between urban and suburban areas is to measure their centrality and density.

In most cases, it makes sense to label the central municipality of an area as the city. Then, the areas that surround the urban center are suburbs. This definition works perfectly well for examples such as Austin, Texas. There, you will notice stark differences when comparing its urban center and the suburban neighborhoods that skirt around its city limits. Examples include population size, housing options, and availability of public transit.

This explanation doesn’t work so well in other cases. For example, San Francisco is unarguably the urban center of California’s Bay Area. However, Oakland and other municipalities that surround San Francisco hardly fit the description of a suburb. With high-rises and dense populations, it’s safe to say that Oakland is also an urban municipality. The U.S. is home to several megacities, including San Francisco and New York City, that are surrounded by other, smaller cities that are urban and not suburban.

This is to say that areas that surround a city are not always suburbs. Because of this, it’s also necessary to compare the density between two areas to determine whether one is urban and the other is suburban.

Population density is the second and possibly more accurate way to differentiate an urban vs. suburban area.

When in doubt, analyze the centrality, density, and housing options offered in a neighborhood to determine whether it is urban or suburban. 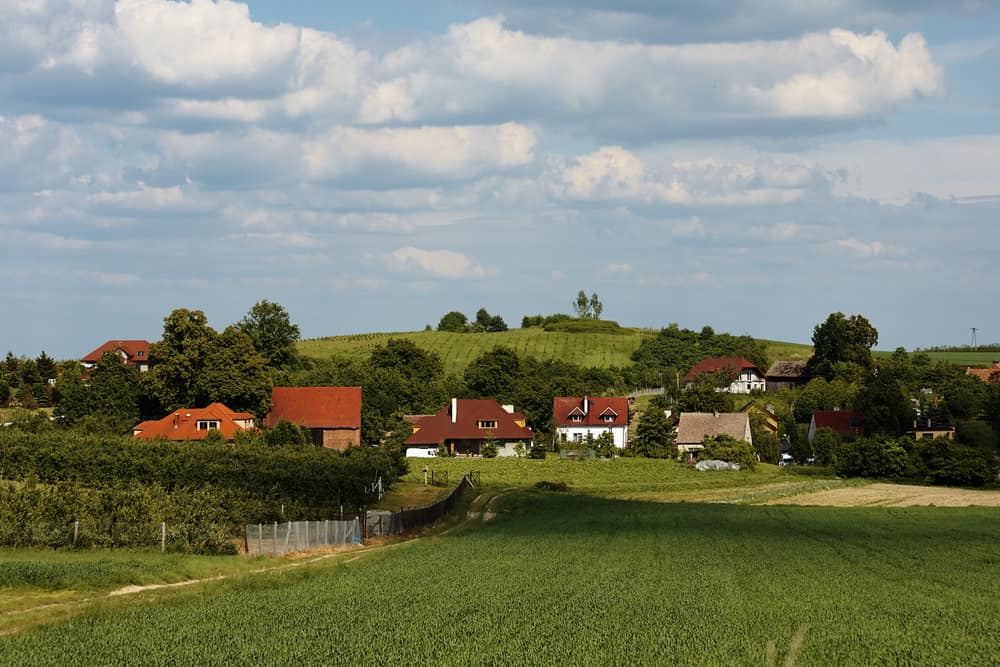 What Are Rural Areas?

Areas that are neither urban nor suburban are rural by default. Rural areas are historically driven by agriculture and farming rather than industry. Because of this, rural land remains largely intact and does not feature large clusters of housing or commercial real estate developments.

Small populations are spread out over large quantities of land. It’s not uncommon for children to have to travel several miles to the nearest school. Rural areas also tend to feature plenty of nature and outdoor recreation.

Urban Vs. Suburban Vs. Rural Areas

So far, we’ve discussed the unique features of urban, suburban, and rural areas. Here is a summary of their key differences: 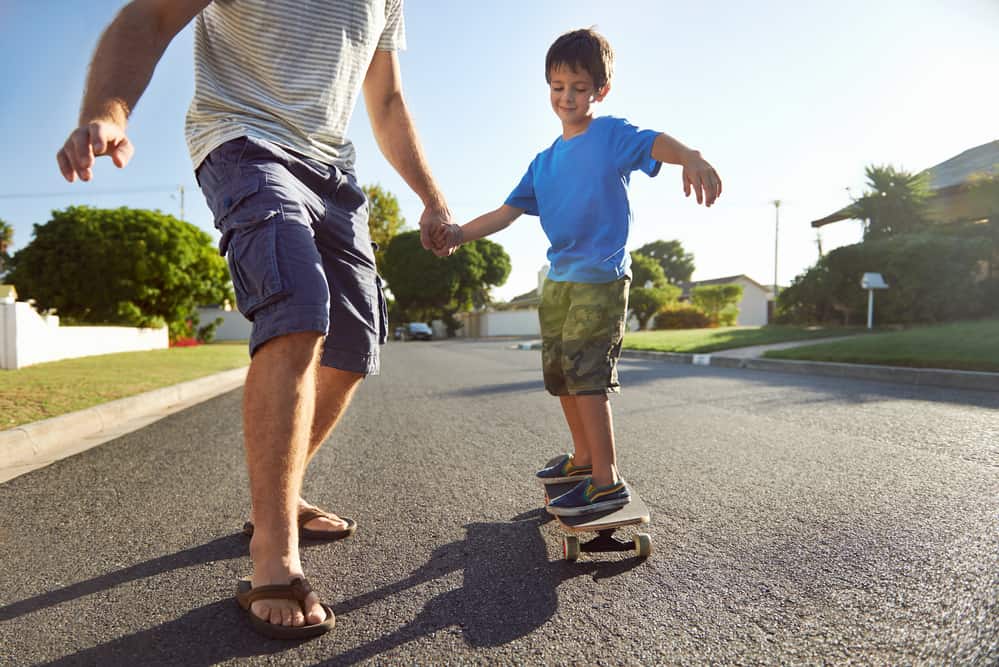 With the explanation of the differences between the terms “urban” and “suburban,” you may have already begun to develop some preferences on which type of area you’d prefer to live in.

Choosing between the two is quite a big decision, as they provide completely different experiences. When it comes to real estate, you’ll want to compare cost, space, and location.

Cost of Urban Vs. Suburban Areas

According to the 2020 Urban-Suburban Market Report by Zillow, both urban and suburban markets are hot sellers’ markets. Both types of markets feature the same share of homes selling above list price.

Urban markets generally tend to be more expensive than suburban markets. Because home prices vary across the U.S., let’s look at a specific example to help illustrate.

According to Credible.com, the median home price in Boise, Idaho, is currently $463,383. Meridian is a popular suburb that is just 20 miles outside of Boise. The median home value is $242,000. In this example, an urban home costs almost twice as much as a home located in a nearby suburb. That is quite a discount for just a 15-minute commute into the city.

The next consideration is the amount of space you’ll have when living in the city, relative to a suburb.

Whether you’re renting or buying, know that you’ll pay more per square foot in the city. This is because cities have higher population density, and higher demand increases prices. It’s also because there is simply less space in the city. Residential and commercial spaces tend to be much smaller and compact in urban settings.

If you are someone who values privacy, spaciousness, and other extra spaces such as a garage or a yard, then you are much more likely to find something you can afford in the suburbs.

On the other hand, if you thrive on the buzz of a busy neighborhood and prefer to walk to the nearest amenities, you may prefer living in the city. You’ll likely need to compromise by living in a smaller space.

Now, you may be thinking to yourself about how the suburbs are the obvious choice. Not only is housing much cheaper, but you’ll also get plenty of space. If you have a large enough budget, you might even be able to afford a single-family home with a detached garage and a yard. Plus, plenty of suburbs are just a short commute into the city.

Even with these considerations, many renters and homebuyers are still drawn to the city. Here are some of the benefits associated with an urban lifestyle:

Why Invest In Urban Real Estate?

If you’re in the position to buy property, there are some reasons why you might choose an urban zip code from a real estate perspective.

For starters, cities will forever draw residents who prefer to be close to their jobs, amenities, transportation, schools, and medical centers. Population diversity and the availability of arts and culture are big draws as well.

Because of COVID-19, large cities have experienced a significant outflux of residents, losing them to suburbs and rural neighborhoods. Due to lower demand, real estate values are lower than usual.

If you’re willing to ride out this challenging time, you can take advantage of lower purchase prices. As the pandemic improves, the economy picks back up, and residents feel safe to return, real estate prices and demand will pick back up. Data suggests that home prices will continue to rise in the long run, despite COVID-19.

Why Invest In Suburban Real Estate?

Alternatively, you might choose to invest in suburban real estate. Demand for housing is currently stronger in the suburbs than in urban cities. Inventory for suburban homes has decreased by 41 percent compared to one year ago, while the decrease for urban homes is only 34 percent. For suburban markets near growing urban centers, such as areas outside of Austin or Denver, demand may be even higher as professionals relocate for work.

Suburban properties often enjoy the benefit of long-term renters as opposed to urban dwellers who may move after a one-year lease. After finding a reliable tenant, you can even propose a longer lease period such as two years. Many suburban areas experience lower crime rates, a mix of commercial properties, and other community resources that may further attract renters to your property.

Suburban real estate is also more cost-effective in terms of the initial investment. This can allow investors to enter at the higher end of the market and buy a property with more amenities if they so choose. Overall, you buy real estate in a suburb now, you’ll be able to take advantage of this hot sellers’ market that doesn’t appear to be cooling off any time soon.

This guide explored the differences between urban vs. suburban, including what each means and their unique qualities. Living in an urban neighborhood offers a different lifestyle than living in a suburb, so it’s smart to get a good idea of what it would be like before making a commitment.

If you prefer close proximity to work, amenities, and cultural activities, then an urban city might be the right choice for you. However, make sure that you’re okay with paying higher prices for less space.

If you gravitate toward quiet, privacy, and nature, then you might choose a suburban neighborhood instead. You’ll get more bang for your buck when buying real estate, and if you’re lucky, you might even get a yard, a garage, and perhaps even a pool! Just be prepared for a longer commute into the city if for work, events, and shopping.

Starting And Growing A Real Estate Portfolio The Right Way

A Guide To Real Estate Financing

It’s Simple! How To Wholesale Real Estate Step By Step

How To Write A Foolproof Real Estate Marketing Plan